The Port of Los Angeles and Port of Long Beach combine to make our sea ports complex the largest in the Western Hemisphere, handling over 40% of all inbound containers for the entire United States. Over time, a sophisticated and mature logistics economy has developed around these ports, including high-capacity rail networks, endless warehousing and distribution options, and businesses that have located in L.A. County to leverage this infrastructure. Over 160,000 workers in L.A. County alone support the international trade sector.  Supply networks are well-developed to support not only LA-based manufacturers but nationwide supply chains.  Read what Institute of Supply Management says about LA.

With more than 15 .6 million twenty foot equivalent (TEU) containers processed in 2016, the twin ports complex is one of the busiest ports complexes in the world. Both the Port of Long Beach and Port of Los Angeles have continued to modernize, adding robotics and other innovative container movement systems, dredging canals to support the deepest of drafts, dramatically reducing air pollution, and protecting our regional market advantages as container volumes rise. 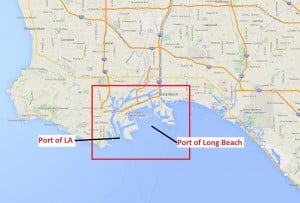 With a strong port infrastructure, main rail lines for both the Burlington Northern Santa Fe and Union Pacific railroads ensure efficient movement to and from the ports. Many rail cars utilize the Alameda Corridor, a 20-mile-long rail cargo expressway linking the ports of Long Beach and Los Angeles to the transcontinental rail network near downtown Los Angeles. In addition, an excellent freeway and highway system allows multimodal transport and efficient origination for cross-country delivery. 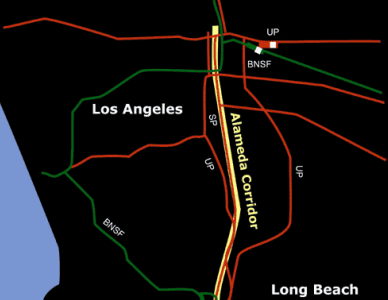 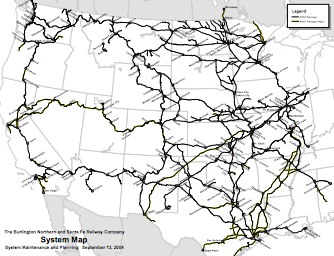 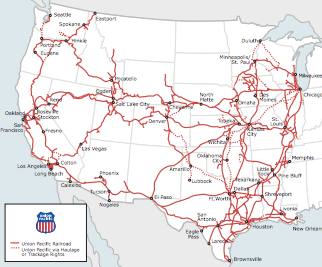 The airport also ranks 14th in the world and 5th in the U.S. in air cargo tonnage processed, with over two million tons of air cargo valued at nearly $101.4 billion. LAX offers 692 daily nonstop flights to 91 U.S. cities and 1,220 weekly nonstop flights to 78 international destinations in 41 countries on 66 commercial air carriers. LAX handled 697,138 aircraft operations (landings and takeoffs) in 2016. 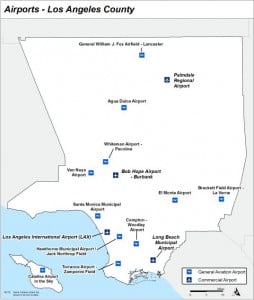 With an abundance of international activity, L.A. County is experiencing increasing amounts of foreign investment, with many European and Asian countries investing heavily in multiple industries within the County. More than 4,600 firms in L.A. County are owned or affiliated with foreign-owned parents. The LAEDC assists overseas businesses with site selection and investment in the L.A. region, including EB5 financing. Learn more on our World Trade Center- Los Angeles page.

The international trade engine of LA County has created opportunities in surrounding counties such as San Bernardino. Major investment in logistics, warehousing and distribution in nearby and inland counties has increased the strength of the overall trade economy in the region, providing new site selection opportunities for businesses leveraging the trade infrastructure.

How is LAEDC Helping This Industry Thrive?

LAEDC is looking for leaders like you to support initiatives for this industry, Voice concerns about public policy and legislation, and collaborate to help this industry grow and remain vital. To get involved, please email [email protected]