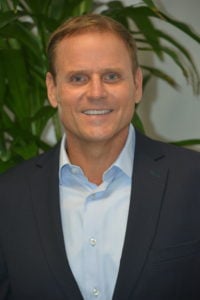 Jeff Wilson is the Manager of Corporate Affairs for Chevron Corporation representing Chevron’s subsidiary companies in the Los Angeles basin. In this role, Jeff leads policy, government, and stakeholder engagement on behalf of Chevron and serves on the El Segundo Refinery Leadership Team.

His business, energy policy, and political advocacy spans three decades representing the California Business Roundtable early in his career and serving as Field Director for a major statewide business ballot initiative campaign. On behalf of Chevron, Jeff serves on the Executive Committee for the Los Angeles Chamber of Commerce Board and is a Trustee and Fundraising Chair for the L.A. Jobs PAC.  He represents Chevron before the Southern California Leadership Council (SCLC), Los Angeles Economic Development Corporation (LAEDC) and Los Angeles World Affairs Council Town Hall (LAWACTH) also having served on the Radio Television News Association (RTNA) Board, where he was honored with a Golden Mike Award.

Jeff was recently appointed by the State of California as the Business/Economic Governing Board representative to the Santa Monica Bay Restoration Commission.  He is a graduate of the Leadership Los Angeles Program and has served on several non-profit boards including the Los Angeles Boys and Girls Club, Manhattan Beach Chamber of Commerce, and Manhattan Beach Mayors Youth Council.  His is currently President of the Board for the R.M. Pyles Boys Camp and an Advisory Board member and mentor for the children’s cancer charity Walk with Sally.

An avid outdoorsman and entrepreneur, he owned one of the oldest ski and surf retail operations in Southern California and remains an active member of the Professional Ski Instructors Association of America (PSIA) receiving his instructor accreditation at Mammoth Mountain.