By Lawren MarkleSeptember 19, 2017 No Comments

AB 1082 and 1083 together support growth in the EV consumer market by making charging stations more accessible.  This aligns with LAEDC’s support of the advanced transportation industry cluster.  Read LAEDC’s support letter below.

On behalf of the Los Angeles County Economic Development Corporation (LAEDC), an organization whose purpose is to raise standards of living for the residents of Los Angeles County by increasing opportunity and regional prosperity, I am pleased to offer our support for Assembly Bills (AB) 1082 and 1083—two companion bills that would allow investor-owned utilities (IOUs) to expand electric vehicle charging stations at public schools and at state parks and beaches, respectively.

To begin, I want to reinforce the LAEDC’s own commitment to building and nurturing a thriving electric vehicle (EV) industry – as a facilitator of innovation and production; as a creator of small businesses and high value jobs; and as a promoter of environmental justice and sustainability. In our own work, we have worked tirelessly here in Southern California to resolve the many challenges associated with growing the mega region’s own consumer-serving, yet production-based and export-oriented, EV market.

With more than 284,000 California-registered vehicles classified as zero-emission vehicles (ZEVs), by far the most of any state in the U.S., the California ZEV market is already relatively large. Yet, even with the nation’s most vibrant electric vehicle market, much more needs to be done to promote its growth in order to meet California’s highly ambitious goal of having 1.5 million ZEVs on the road by 2025.

Encouraging enough market growth to meet the 1.5 million ZEV goal will depend largely on whether the state, counties and municipalities can address key barriers to EV adoption. That’s why the LAEDC commends your leadership on AB 1082 and 1083, which together support growth in the EV consumer market by making charging stations more accessible, by reducing so-called “range anxiety” and by encouraging EV adoption.

More specifically, one of the surest ways to stoke ZEV growth is by ensuring that the requisite supportive infrastructure, such as charging stations, is in place and well-situated to support growing ZEV usage. Indeed, research has revealed that a consumer’s decision to buy an EV is tied directly to availability of recharging stations. In this case, California’s utilities have a critical role to play, which AB 1082 and AB 1083 further enable by allowing IOUs to place charging stations in convenient, high-traffic and visible public spaces that are used on an almost daily basis. 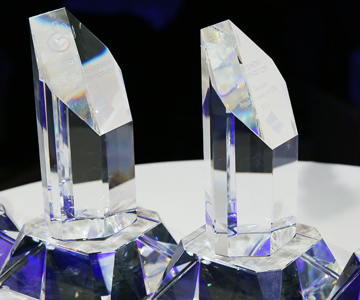