IAE quantifies the relationship between a particular economic activity (investment, purchase, operations, expansion) and its interdependence with various sectors of the economy. Any economic activity impacts the number of jobs, earnings, and economic output in a region. A subset of this type of analysis is producing jobs reports for applicants to the EB-5 program, which stimulates the US economy through capital investment and job creation by foreign investors.

The Los Angeles County Museum of Art (LACMA) commissioned a Los Angeles County Economic Development Corporation (LAEDC) report to study the economic impact of LACMA’s Transformation project, 2007–2013. The report, which describes the economic impact of the construction of the project’s new galleries, public art installations, and other museum facilities, estimates that the Transformation generated economic output in Los Angeles County of more than $477 million, and supported 3,650 jobs with a labor income of $230.2 million. The economic activity is estimated to have generated almost $22 million in state and local taxes and $41.7 million in federal taxes. Further, the annual economic impact from increased attendance and visibility since completion of the project has added $44.1 million, yielding $88.3 million in economic output in Los Angeles County, and 700 additional jobs with an annual labor income of more than $35 million.

The report covers two phases of LACMA’s Transformation. Phase I, completed in 2008, included the Broad Contemporary Art Museum (BCAM), the BP Grand Entrance, and outdoor artworks including Chris Burden’s Urban Light and a palm garden by Robert Irwin. Phase II was completed between 2010 and 2012, and included the Lynda and Stewart Resnick Exhibition Pavilion, a new restaurant and bar, and the installation of Michael Heizer’s Levitated Mass. All together, the Transformation resulted in the doubling of LACMA’s campus, exhibition program, and attendance. A third phase, which will address the east side of the campus, is still in the planning stages. 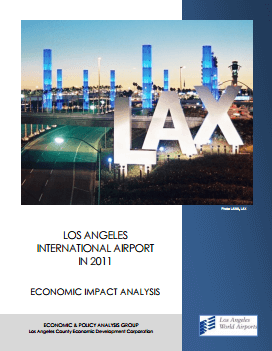 Los Angeles International Airport (LAX), located at the western edge of the city where the land meets the Pacific Ocean, is the sixth-busiest airport in the world, with 61 million passengers moving in and out of the
airport on 265,000 flights during the 2011 fiscal year. More than 1.9 million tons of air freight and mail was carried.

This activity and other on- and off-airport operations contributes to the local and regional economy by generating business revenues for firms providing passenger and aviation service and all supporting services, and by providing employment for thousands of workers. All this activity, in turn, generates tax revenue for state and local governments. 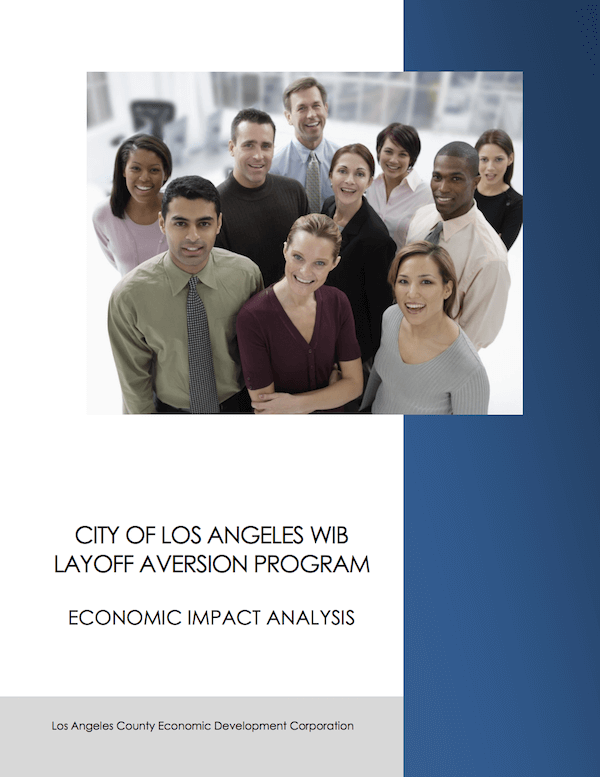 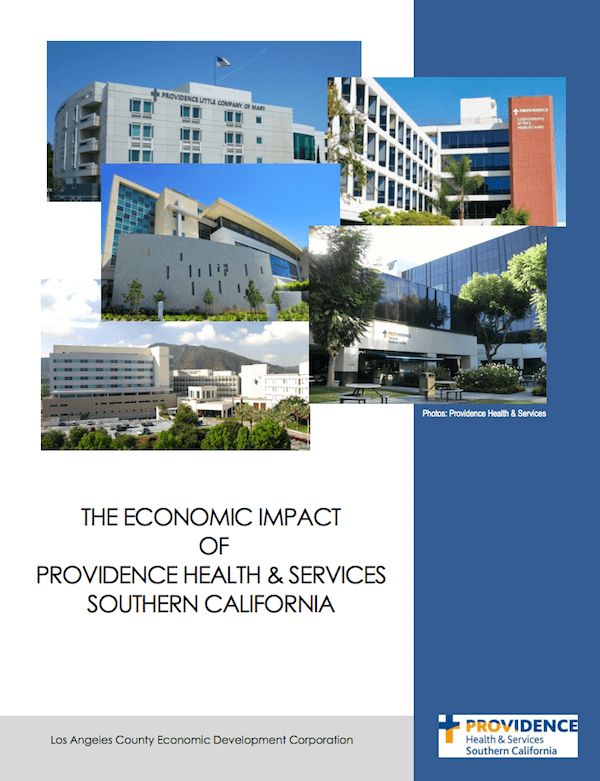 The Los Angeles County Metropolitan Transportation Authority (Metro) is a large, complex organization that is
involved with all aspects of moving people and goods throughout the Southern California region.

This study estimates the economic and fiscal impact of Metro operations and of expenditures funded through subsidies to other transportation services for the fiscal year ending June 30, 2011 on the fivecounty Southern California region (which includes the counties of Los Angeles, Orange, Riverside, San Bernardino and
Ventura), the state of California, and the United States.

Metro’s economic impact derives from expenditures made by the authority itself to its vendors and its employees. This spending plus Metro’s subsidies of transit operations and transportation infrastructure throughout Los Angeles during the fiscal year exceeded $3.2 billion.

Pacific Standard Time: Art in L.A. 1945-1980, an initiative of the Getty with cultural organizations across Southern California, was a series of exhibitions featuring works of art and architecture created in Los Angeles during the postwar period. Over 60 cultural institutions and more than 70 galleries in Southern California held a variety of exhibitions over a six-month period covering a range of media and periods in a collaborative effort to document and share the birth of the art scene in Los Angeles.

The extensive nature of the exhibitions, participation and attendance contributed to the local and regional economy through the expenditures of both exhibitors and visitors. An estimated 1.8 million visitors participated at exhibitions across the region. The majority of these attendees originated from Southern
California, but visitors came from around the world.