Hit enter to search or ESC to close
Media Coverage

By Mariah AdedejiJanuary 12, 2021 No Comments 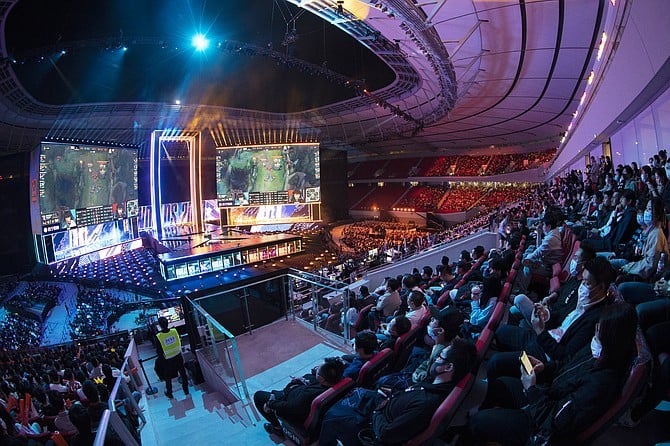 LA Business Journal story about the Esports industry in LA quotes LAEDC’s Judy Kruger, who oversees the DME Council (Digital Media and Entertainment).  Click the image at the left to read on the LABJ website.

LA’s Esports Companies Are Poised for Strong Growth in 2021

Last year was supposed to be a big one for esports.

At the start of 2020, industry analyst Newzoo projected that audiences tuning into competitive video gaming events would grow by double-digit percentages and that the industry would for the first time generate more than $1 billion in revenue.

Meanwhile major gaming companies like Activision Blizzard Inc. and Riot Games Inc. were gearing up for coordinated major esports events at arenas around the world while a host of smaller companies and fledgling esports broadcasters prepared to scale up their businesses.

When the world was seized by a global pandemic, esports, like other industries, struggled to adapt. Tournaments were called off, professional leagues were disrupted, and advertisers began to tighten their purse strings.

Still, the industry has adapted far more successfully than others to challenges posed by Covid-19. Video games attracted record-breaking numbers of players in 2020, and the esports industry appears poised to grow rapidly in the year ahead.

In an updated estimate released in October, Newzoo projected that esports will fall short of $1 billion in revenue in 2020 but said the industry is expected to generate nearly $1.6 billion annually by 2023.

“At the professional level, esports continues to grow,” said Matt Edelman, chief commercial officer at Super League Gaming Inc. “2021 and beyond are going to be quite exciting for professional esports leagues and all the participants in those leagues, from players to teams to brand partners and to viewers.”

As the industry grows, its presence in Los Angeles is likely to expand. The city — home to major game publishers, teams, talent managers and established entertainment industry businesses that are closely eyeing esports’ viewership growth — has become a global hub for the industry.

‘Biggest cluster in the US’

“We want to focus on nurturing and growing our sweet spots in L.A.,” she said. “We look to see where we have a regional advantage, and L.A. is the biggest gaming and esports cluster in the U.S.”

Kruger said she is eager to see the industry take on a larger role locally in the year ahead.

“Coming out of this pandemic, we are going to have a renewed vision for community,” she said. “What I think is really interesting is hearing some of the esports and gaming companies talk about how gaming is about community. When we talk with companies here in L.A., they want to invest in community pop-ups. We want to harness that, and we want to build out pockets of community gaming.”

Matthew Gunnin, founder of fantasy esports company Esports One Inc., said the company moved from the East Coast to Los Angeles in 2018 to be at the center of the gaming industry.

“We always knew we’d move out to L.A.,” he said. “That’s where esports is. All the major esports teams are here, and you have all these other big content creators. That was very important to us.”

With a fantasy sports platform that gives users an experience similar to fielding fantasy teams in traditional sports like football and baseball, Gunnin said, Esports One is helping to broaden the appeal of esports to audiences who may not be familiar with the competitive video gaming format.

A big question for esports is “how can you make the viewing experience more easily understandable?” Gunnin said. “One way to do that is through the fantasy experience.”

According to Gunnin, interest in the platform has grown in the last year with many users isolated at home and looking for new ways to connect with friends.

Given that the esports industry is centered on games most players generally enjoy from their living rooms, it makes sense that companies were able to adapt to stay-at-home orders and other pandemic-related challenges.

The company operates one of the nation’s most successful esports franchises and recently opened a 25,000-square-foot training facility in Playa Vista.

When stay-at-home orders went into effect in California, TSM players, coaches and office staff had to adjust to working from home — while worrying whether matches would be possible without an in-person event venue.

Riot’s League of Legends Championship Series, which TSM competes in as one of 10 North American franchises, quickly got back up and running with a remote format.

“At first our players played from their apartments,” Wang said. “Over time, they realized they would be better as a team if they were playing together.”

TSM eventually moved its players into a bubble system similar to that employed by the National Basketball Association. Managers drove players to and from the team’s practice facility, and they otherwise remained isolated at home.

Eventually the “League of Legends” team was able to travel to Shanghai to participate in Riot’s World Championship event, which was held in person with strict quarantine requirements for players and coaches from abroad.

Wang said more viewers are tuning in to TSM’s events than ever before, but team sponsors are still working with reduced advertising budgets. The biggest challenge heading into the new year will be ensuring the company’s revenue keeps pace with the growing visibility of TSM’s teams, Wang said.

For Super League, which broadcasts esports at the amateur level, adjusting to the pandemic has been even less straightforward.

At the start of last year, the company was facilitating tournaments and other gaming events in more than 500 physical venues, and Edelman said it was forced to make a sudden shift when these in-person events became impossible.
“We really shifted our focus to building out our digital offerings,” he said. “And our content business really blossomed.”

Edelman said the growth of Super League’s digital content business has been successful enough that the company is now considering scaling back in-person events even after they become possible again.

“The hardest part of running in-person events is making those events successful economically,” he said.

Edelman said it’s likely going forward that major game publishers like Riot will still rely on fan-attended tournaments to generate interest in esports leagues, but the ability of the industry to adapt to uncertainty about when and where those events can take place is a key reason why it’s well positioned for success in 2021.

Kruger said the LAEDC will meet with gaming companies in the months ahead to determine how to make the industry a major part of the county’s plans for economic recovery following the pandemic.

“We’ve seen this new industry that is growing exponentially and is unique to L.A.,” she said. “For the next couple of years, we are really going to be focusing on gaming and esports.” 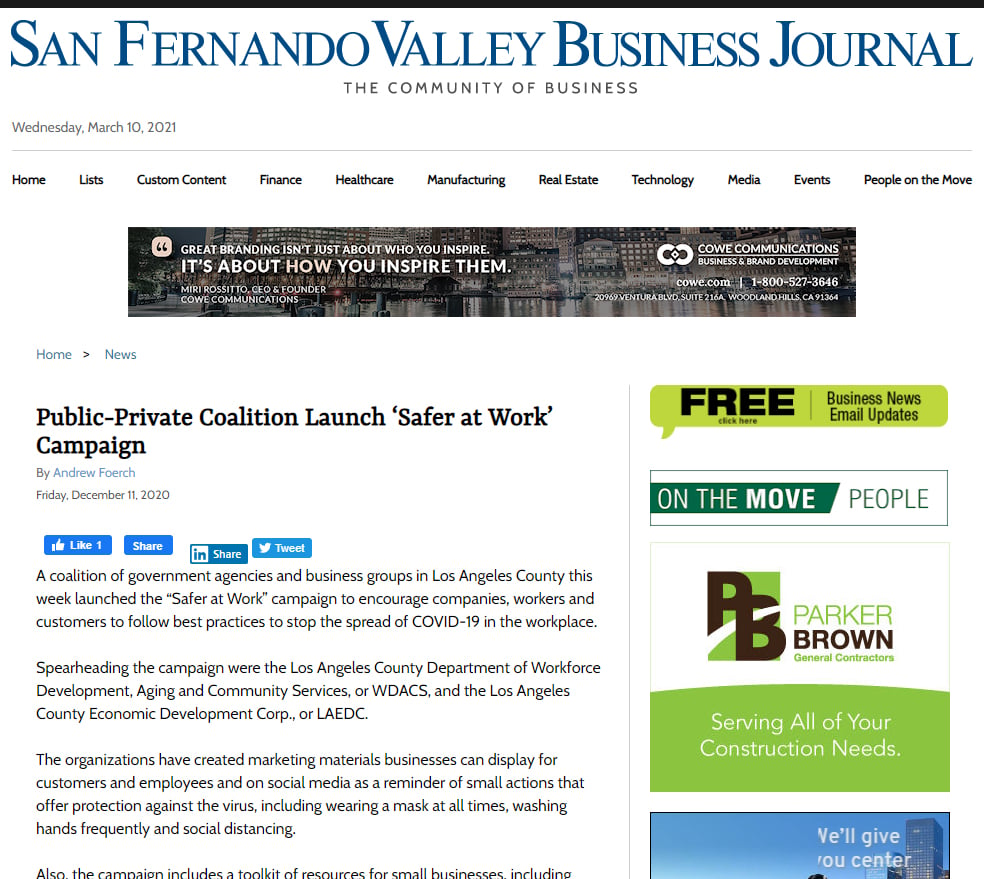