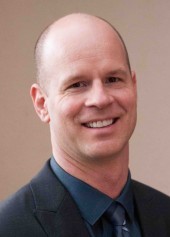 Lawren Markle is the Senior Director of Communications at the Los Angeles County Economic Development Corporation (LAEDC), and is integrally involved in LAEDC’s programs, research and thought leadership.  He is the primary press contact and provides the media and partners with analysis, examples and data to support stories about jobs and the industries of LA’s economy.  His areas of focus include new mobility, renewable energy, technology, economic resiliency.  He is the lead for LAEDC’s guide, Preparing for Business after an Earthquake, as part of LAEDC’s stewardship of the economy.

Lawren serves on the board of Innovate Pasadena and as an advisor for the Net Zero Accelerator run by USGBC-LA.

Lawren joined LAEDC in 2013 and leads LAEDC public relations and communications, also directing marketing prior to his current role.  Before LAEDC, Lawren served as Director of Media Relations at Caltech, where he and his team supported news coverage of the successful landing of Mars Curiosity Rover and many other scientific breakthroughs. His favorite memory is leading a dozen of the nation’s top science reporters into the desert for a science tour with the mission’s lead scientist to prepare them for covering the Mars Rover’s mission.  Prior to that, Lawren cultivated thought leadership campaigns for 20 high-tech companies while working at Chicago-based PR Agency Tech Image for ten years, where he designed and implemented media relations strategy to help clients break through the noise and succeed. Prior to that, Lawren served in product marketing for LA-based consumer electronics company ViewSonic.

Lawren was recognized by PRSourcecode in 2007 as one of the top 25 PR professionals in technology, based on a poll of top editors and reporters.

Lawren has lived in LA County for 20 years.  In addition to his service on Innovate Pasadena and Net Zero Accelerator, he has previously served on the board of Arroyos and Foothills Conservancy, as an appointee to SCAQMD’s Air Quality Institute, as an appointee to Santa Monica Mountains Conservancy’s Advisory Committee, and served on former State Senator Carol Liu’s Green21 sustainability council.  He loves horses and dogs, but don’t we all?