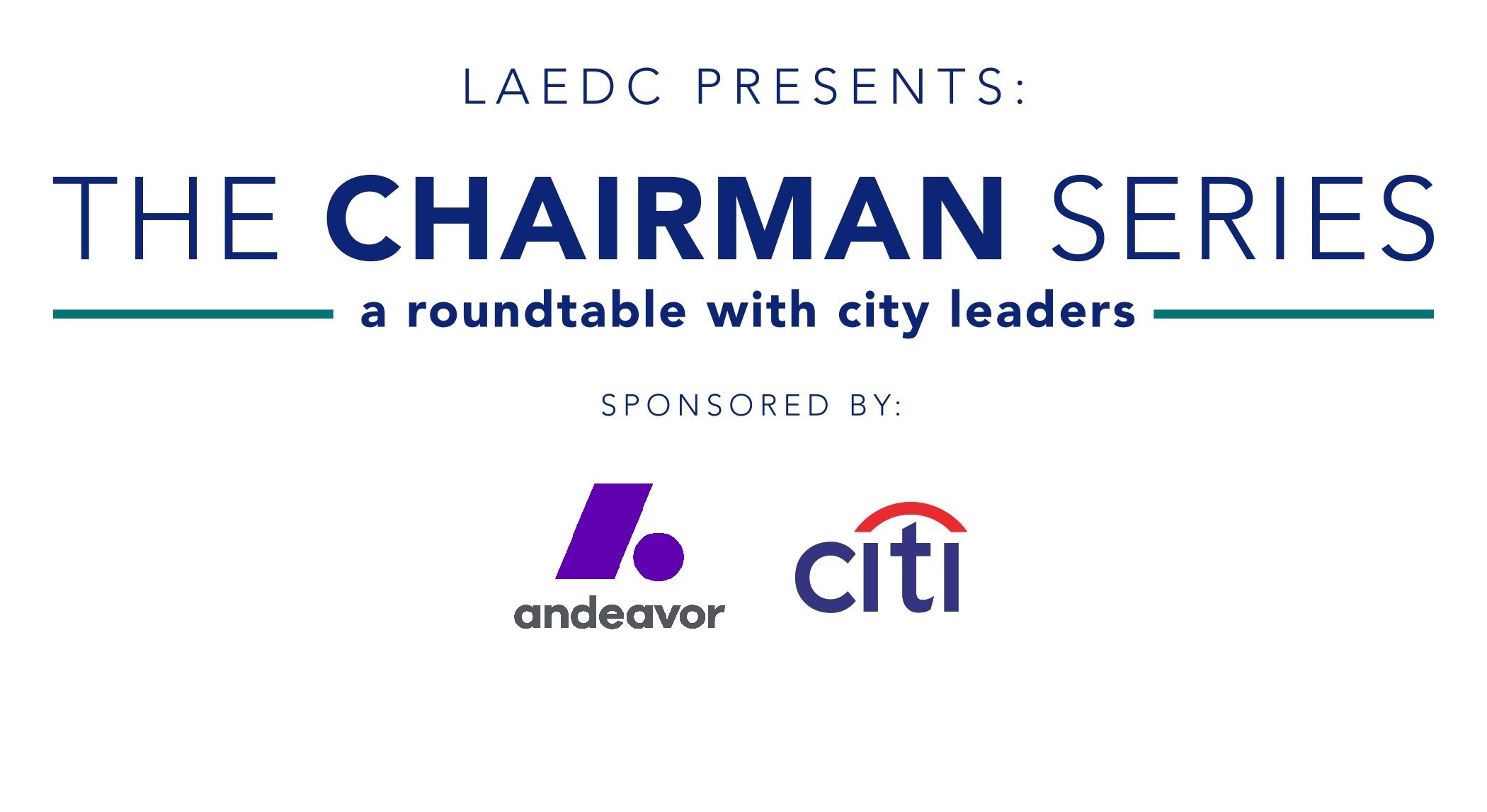 The Chairman Series provides LAEDC members with opportunities to join intimate, round-table discussions with elected officials in our region, to engage in dialogue about priorities and hear input and questions from LAEDC members. LAEDC Chairwoman Jodie Lesh, SVP at Kaiser Permanente, hosts these meetings.

Learn more and RSVP for upcoming dates by contacting Maneesha Horshin at LAEDC via email or by calling 213-236-4864.

Join us on April 12th, as we tour the cities of Lancaster and Palmdale to see first-hand the available land, development opportunities, and business prospects in these premier cities of the Antelope Valley. Ride in luxury and in the future of transportation on a BYD Electric Bus.

Meet-up at Union Station, Downtown Los Angeles. Lunch will be hosted at the historic Air Force Plant 42 site in Palmdale.

This Chairman Series event is in collaboration with Propel L.A.