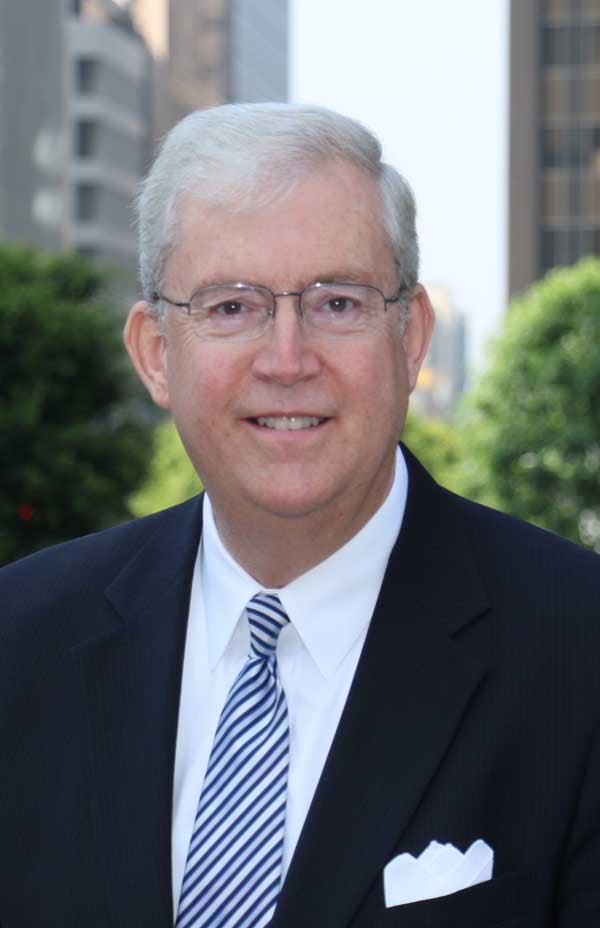 Bill Allen is the President & Chief Executive Officer of the Los Angeles County Economic Development Corporation and its subsidiary, the World Trade Center Los Angeles. Mr. Allen is also a Vice Chair of the Economic Alliance of the San Fernando Valley and a member of the Board of Directors of the Weingart Foundation, California Stewardship Network, Regional Economic Association Leaders of California Coalition, Los Angeles Area Chamber of Commerce, Los Angeles Coalition for the Economy and Jobs, Film L.A., Unite L.A., Sister Cities of Los Angeles, and the Fernando Award Foundation. He also serves on the Los Angeles Civic Alliance, and the LA Advisory Board for BIOCOM, the Advisory Board for the CSUN Center for Southern California Studies, and the steering committee for the annual California Economic Summit.

As CEO of the LAEDC, Mr. Allen conceived, initiated and supervised the process of developing LA County’s first ever consensus built Strategic Plan for Economic Development and personally moderated the 26 public meetings which engaged more than 1,000 regional stakeholders from business, labor, government, education, philanthropy and the community to draft the elements of the plan.

Active in regional economic development for more than twenty years, Mr. Allen was the first CEO of the Economic Alliance of the San Fernando Valley from 1996-2000, and in 2000 was named California’s Civic Entrepreneur of the Year by the California Center for Regional Leadership.  In 2010 he was named one of LA’s most admired CEOs by The LA Business Journal which from 2016 through 2019 has also annually named him as one of the 500 most influential people in Los Angeles.  In 2018 he was the recipient of the Fernando Award in recognition of his lifetime of leadership, volunteerism and civic engagement in the San Fernando Valley.

As President and CEO of the non-profit Economic Alliance, Mr. Allen raised more than five million dollars and assembled an unprecedented public-private partnership involving all of the leading cities, colleges, and business organizations in the San Fernando Valley. Under his guidance, the Alliance launched programs to expand international trade, improve local education and workforce development, and develop viable solutions to regional transportation challenges (including three regional transit planning summits in 1997 and 1998 which led to the creation of the highly successful Orange Line in the valley).

As a civic leader, Mr. Allen has served as a trustee of the University of Southern California, chair of the Creative Arts Emmy Awards for the Academy of Television Arts and Sciences, co-chair of the National Council for Families and Television, and co-chair of the “Shaping Tomorrow” capital campaign for the Valley Presbyterian Hospital, on whose board he served for fifteen years.  He has also served on the Los Angeles Economy and Jobs Committee for Mayor Antonio Villaraigosa, the Leadership Council and Board of Directors of the Los Angeles County Economic Development Corporation, the Business Advisory Commission to the former Speaker of the California Assembly Robert Hertzberg, and the Boards of Directors of the International Economic Development Council and the California Association for Local Economic Development (CALED).  He has also served on the advisory boards of the Rossier School of Education at the University of Southern California, California Center for Regional Leadership, the Media Arts Academy at Los Angeles Valley College, and the San Fernando Valley Economic Research Center at California State University at Northridge.

Mr. Allen was previously a television network and studio executive with nearly twenty years experience in entertainment production and management. He is also the owner of Meadowlane Enterprises, Inc., licensor of a library of classic television series, and Meadowlane Music, Inc., publisher of a popular music catalog. From 1991 through 1995, Mr. Allen was President of MTM Television, the highly regarded independent production company founded by Grant Tinker and Mary Tyler Moore. Mr. Allen originally joined MTM in 1986 as a Senior Vice President and oversaw the production of such television classics as Remington Steele, St. Elsewhere, and Newhart. During his nine years with the company, he supervised the development and production of nearly 600 episodes of network, syndicated and cable television, as well as several highly rated TV movies and specials.

Mr. Allen came to MTM from the CBS Television Network where he served as an Associate Program Executive in the Comedy Series Programming Department (1979-82), and as Manager (1982-84) and later Director (1984-86) of the CBS Comedy Program Development Department.