On June 8, 2022, the Los Angeles County Economic Development Corporation, with the support of California State University Dominguez Hills, hosted its Future Forum: The Future of Entertainment – The Golden Era of Streaming on the historic Warner Bros. Lot. Founded nearly 100 years ago, Warner Bros. has been a staple of the industry and has become synonymous with entertainment. A century later, streaming has emerged as an additional entertainment industry staple. 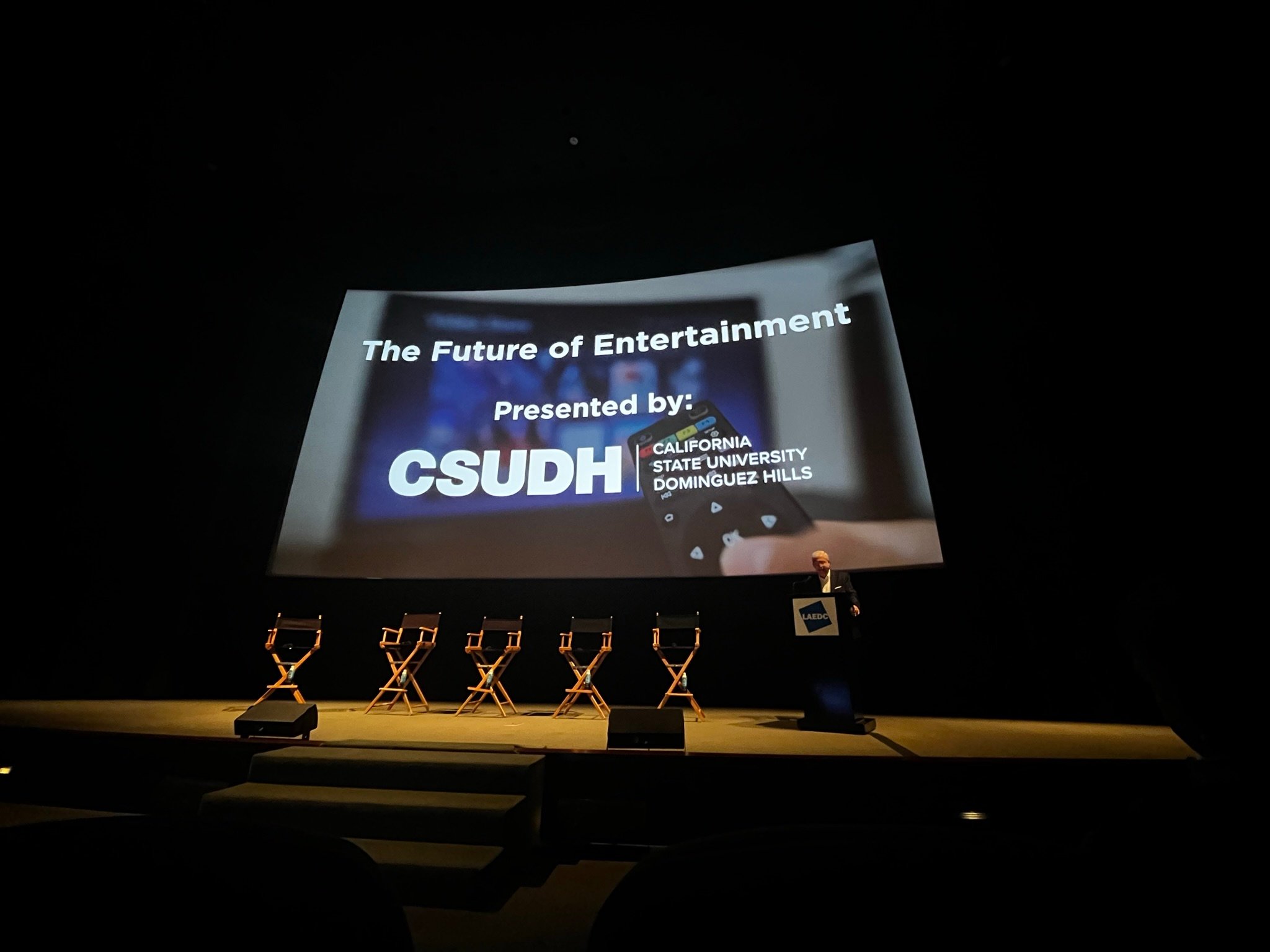 This conversation focused on how consumer demand for more content has influenced the rapid development of more production space and the impact on behind-the-scenes jobs that support streaming services. Beyond the creative aspect of movie stars, directors and writers, companies have exploded to ensure streaming is a source of entertainment and well-paying jobs across the industry.

“The last ten years have been the fastest I have seen the industry move forward,” said keynote speaker Chris Ursitti, co-founder, co-owner and managing partner of LA Center Studios. Mr. Ursitti spoke about how data and service centers will be the next great opportunity for streaming operators because the consumer expects these platforms to ‘get it right’ the first time and not launch with bugs and glitches. To make that happen, the entertainment industry needs to figure out how to use the available infrastructure properly.

“If you can imagine the amount of internet the studio has is this,” Mr. Ursitti said, holding his arms outstretched, “but on any given day, we are only using this much, “he said, closing one hand into a fist. “The opportunity we have in streaming entertainment is unbelievable.”

The conversation focused on how streaming programs have spurred innovation and job creation on the studio side, including visual effects, logistics, government policy and contract negotiations.

Thank you to our Future Forum series sponsor, California State University – Dominguez Hills. Special thanks to Hackman Capital Partners for additional sponsorship and Warner Bros. Studios for hosting the event.

About the Future Forum

LAEDC’s Future Forums series of four events each year is an opportunity to dive deeply into burgeoning industries like transportation, cannabis, digital entertainment, aerospace, and others. As technological innovation and globalization take the economy in new directions, this region is destined to be an incubator for business opportunities that were only an entrepreneur’s dream a few years ago. Each Future Forum will be your chance to learn about the trends ahead, the workforce demands that will be required and, most importantly, the opportunities that will be available tomorrow.