Home / Blog/News / Here is a new question we should be asking every student.

What do you want to be when you grow up? A simple question that nearly every child is asked at some point in their adolescence. 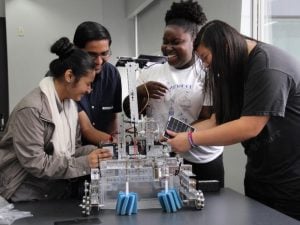 A seemingly harmless exercise in imagination, it is important to encourage our future workforce to pursue their dreams. However, it is fair to ask, is there a better way for us to inspire in the 21st century, an era built on dynamic and rapid change? How has our world changed since the first time we each heard that question?

According to MIT economist David Autor, the way we each shape our career in the 21st century might be inconceivable to previous generations.

“Let’s do a thought exercise,” said Autor during a sit down with CBS.

“Imagine it is the year 1900 and 40% of all employment is in agriculture. Now imagine you went back in time and told someone, “in the future only 2% of the population will work in agriculture. What will the other 38% be doing?” They definitely wouldn’t say search engine optimization, health and wellness, software, mobile devices,” said Autor with a smile.

“..most of what we do now barely existed then.”

Perhaps now the better question isn’t “what do you want to be when you grow up,” but instead what FIVE things do you want to be. In an era that demands agility and versatility, our students need to be prepared to develop a comprehensive repertoire of skills which uniquely interests them.

“In addition to concerns about what jobs people are going to be working, another issue is whether these investments in automation and technology are going to translate into wage growth. In the 40 years following the start of the industrial revolution in England, economic historian Gregory Clark has estimated that real wages for workers fell by 10%. So there is a strong need to ensure that workers are well positioned to take advantage of whatever new opportunities arise, while making certain have the training and skills to pivot meaningfully between changing and emerging occupations,” says Eric Hayes, Associate Economist, LAEDC.

Want to hear more about the future of Automation & A.I.? Check out Autor’s entire interview below, and join the LAEDC on March 21st for our latest R.E.D Talk: Investment in Technology and Automation Across Industry in LA County. Click here for tickets and more info