Site Selection Magazine has published an article highlighting some of the reasons that the aerospace industry cluster is doing so well in Southern California.  Site Selection is a valuable resource for companies looking at location decisions.  Please read it via this link to the publication’s website, or below:

Why Aerospace Companies are Thriving — In California 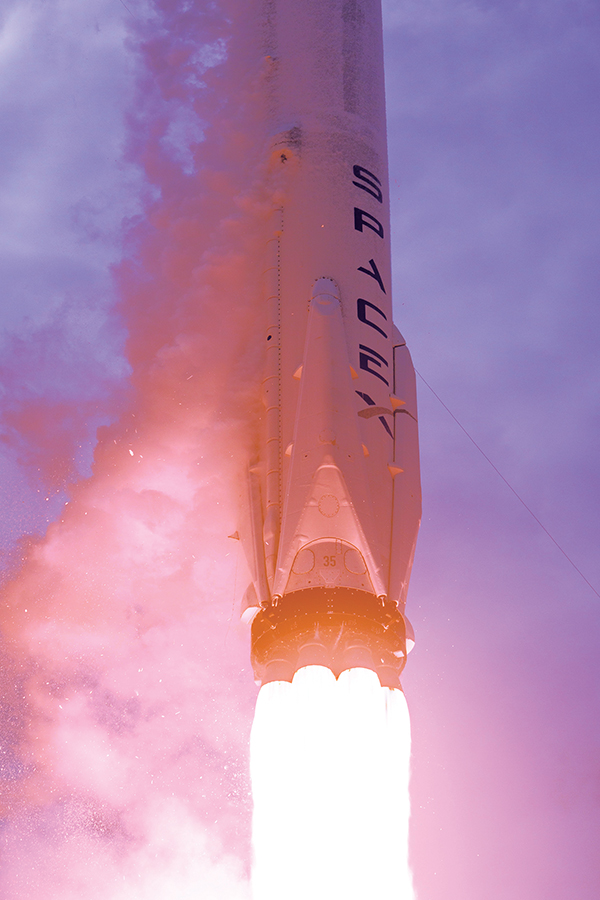 Officials on the ground know the state’s challenges and are determined to overcome them.

You’ve already read articles about companies leaving California for greener business-climate pastures. This is not one of those. It’s about why companies want — and need — to stay, particularly in the aerospace sector, which for decades has been one of the state’s signature industries. Back when Douglas, later McDonnell Douglas, was making prop airliners and then DC-8s, -9s and -10s in southern California, aerospace was largely aircraft manufacturing. Today, the “space” part of that moniker is where the action is.

Hawthorne-based SpaceX, Elon Musk’s space launch enterprise, is and will be one of the world’s pioneers in space technology. It’s already delivering cargo to the International Space Station and intends to play a role in populating Mars someday. Thousands work at its southern California headquarters, launch pads and other facilities.

Thousands more work at similar enterprises large and small, giving southern California and the greater Los Angeles area in particular a workforce edge that’s significant enough to counter the state’s high costs and challenging regulatory environment. But even more central to aerospace companies’ success in southern California is the role local and regional officials play in helping them succeed. They know it’s a challenging business climate, and they work hard to mitigate it.

L3 Technologies, an offshoot of Hughes Aircraft, recently completed a consolidation of two large operations — a nonunionized shop in San Carlos, in the Bay Area, and a unionized facility in Torrance, near Los Angeles. L3 makes components for geosynchronous orbits launched by Boeing, Orbital ATK and others. Prior to the consolidation at the Torrance site, options included relocating out of California entirely, says Glenn Grindstaff, vice president, human resources and administration. Blending the two workforces was easy, given the spirit of cooperation demonstrated by all parties.

“The bigger issues were cost and how to get into a less costly state that’s not taxed so heavily and isn’t so expensive in terms of commercial and residential real estate,” says Grindstaff. “I reached out to the state, the city of Los Angeles, LAEDC [the Los Angeles Economic Development Corporation] and Torrance and said, ‘What can you guys do to help us and give corporate a reason to keep us here besides the fact that the talent is here?’ ”

Before he knew it, says Grindstaff, resources were appearing at every turn, making remaining in southern California a no-brainer.

An Abundance of Savings

“They turned us on to a lot of things I was not aware of before, including taking advantage of the California State Employment Training Panel, which gives us $900,000 over a two-year period of training reimbursement,” he relates. “That’s a phenomenal amount of money, particularly as we’ve hired all these new people to train up with the skills and resources they need to do their jobs.” Not all the San Carlos workers made the move to Torrance, necessitating the hiring of about 250. “That’s been a tremendous financial relief for us.

“Secondly, we’ve been able to tap into the economic development rates on our utilities, which has saved us $250,000 to $400,000 a year, which is substantial,” adds Grindstaff. “Similarly, we got turned on to the California Competes Tax Credit, which we were unaware of. We applied for that and received $1 million in tax credits over the next five years, so $200,000 a year. Any capital expenditure that we do — which is substantial because we are an expanded facility now, equipment and so forth, — $200,000 of taxes is waived.” The tax credit is administered by the Governor’s Office of Business and Economic Development (GO-Biz).

“Additionally,” he says, “the mayor of Torrance [Patrick Furey] came to one of our staff meetings and asked what he could do to help. We had just received the bill for about $35,000 for the business license renewal, which I had with me. He said, ‘Give me that,’ and he tore it up and said, ‘We’ll waive that this year. What else can I do for you?’ So I said, ‘Wait here while I go get the rest of our bills,'” he laughs. 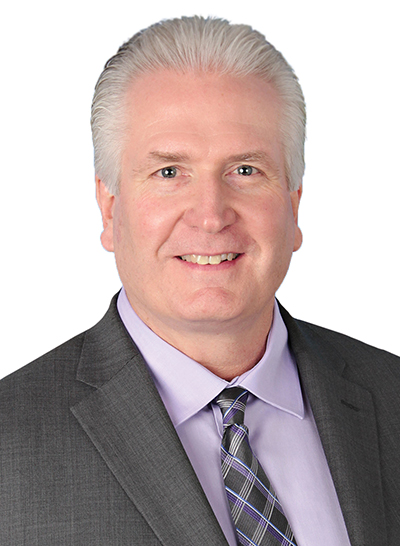 “The opportunities to save are there, but you have to turn over the stones and reach out to the public officials. They do want to keep you there.”

“They really do bend over backwards,” says Grindstaff. “A lot of businesses, like Toyota and others have moved out of the area for cost reasons, and they are making every effort to keep us here. There are other things they have done. The opportunities to save are there, but you have to turn over the stones and reach out to the public officials. They do want to keep you there. It’s good for the community, it’s good for the tax base. The aerospace and space business in particular is high revenue generation, it’s high-paying jobs, so it helps everybody out.

“I’m painting a more positive picture than a negative one,” Grindstaff notes. “All the challenges and taxes are still there, being in California, but it’s improving and can be a lot better if you reach out to your legislators and tap into city, state and county governments. LAEDC in particular introduced us to all of that, and they did it in a very quick fashion. I really credit them with partnering with business. Now we have a $300-million business in Torrance as opposed to a $150-million business that was struggling and was threatened to be relocated out of the state. It turned 180 degrees and is growing now.”

How Sacramento Can Help

LAEDC is working in other ways, too, such as advocating in Sacramento for a more competitive aerospace industry. In April, the agency’s president and COO, David Flaks, wrote a letter of support to State Assembly member Autumn Burke, who is sponsoring a bill, AB 3197, that would do just that. It would treat property used in spaceflight as business inventory, reducing an unnecessary tax burden on aerospace companies. The letter reads in part:

“Like its antecedent bill, AB 777, which was enacted in 2014, we believe AB 3197, which extends the property tax exemption for equipment used in flight travel, is critically important to retaining, expanding and attracting high-growth firms, such as Space X and Virgin Galactic, in California’s fast growing space commercialization industry — a ‘homegrown’ California industry that is not only carrying on the state’s historical aerospace dominance, but continuing to push the creative limits by changing the contours of the aerospace industry and expanding the bounds of what is possible in privately-supported space travel.

“The rationale for AB 3197 is simple: the space industry, once dependent on defense, NASA and other federal appropriations, continues to grow exponentially in California through privately supported space commercialization. It is an export-oriented industry that we must not take for granted, as its location here is optional (not dependent on the locally serving population). The space industry’s decision — again, its choice — to be in our state is a great distinction and of great value, not only for our regional economy but also for our communities that benefit from the many thousands of well-paying, high-skilled jobs — at all phases along the product/service development value chain, as well as the indirect and induced ‘ripple effects’ on wages, jobs, output, tax and investment dollars that flow into the state’s different regions.

“We, as economic developers and policy makers, would be wise to remember that a cornerstone of California’s innovation-based economy, including the internet, emanated from our aerospace industry. Accordingly, it’s critical that we ensure this all-important industry can continue to research, design, create, build and export here. Stability in state tax policy through AB 3197 will help ensure this by continuing a successful, sensible law that reflects and accommodates the realities of an evolving industry that supports both large and small businesses and suppliers working on a wide variety of programs and technologies including satellites, unmanned aircraft systems, space launch vehicles and space flight propulsion systems.”

Assembly Bill 427 is also on the table in Sacramento. It would establish a 17-member California Aerospace Commission that would serve as a central point of contact for aerospace industry businesses.

“Everything in support of aerospace is hot right now,” says Judy Kruger, LAEDC’s director of strategic initiative and cluster development for the aerospace & defense and advanced transportation sectors. “There is a renewed interest in supporting the aerospace industry in Sacramento, which is fantastic to see. AB 3197 should pass easily — I didn’t see any opposition. And the same thing with the aerospace commission bill. It looks like it’s supported in every committee.”

LAEDC also administers a business matching program — California SmartMatch — to help OEMs locate suitable suppliers and supply chain participants. “It helps the OEMs meet their production needs as they ramp up production, and it also helps small businesses learn about new opportunities,” says Kruger, “whether thery’re HUBZone, women-owned, veteran-owned or disadvantaged businesses. We’re hoping it gets replicated with other EDC offices.” Boeing and Northrop Grumman are among the Los Angeles area OEMs that have benefited from SmartMatch.

“We continue to see aerospace businesses grow and succeed here,” she adds, “because not only has the space commercialization market been growing, but we are also seeing increases in DOD contracts being fulfilled by local OEMs. SoCal’s aerospace industry is also overlapping with advanced transportation, creating new markets and new opportunities. It’s a very dynamic period to be part of the aerospace community here.” 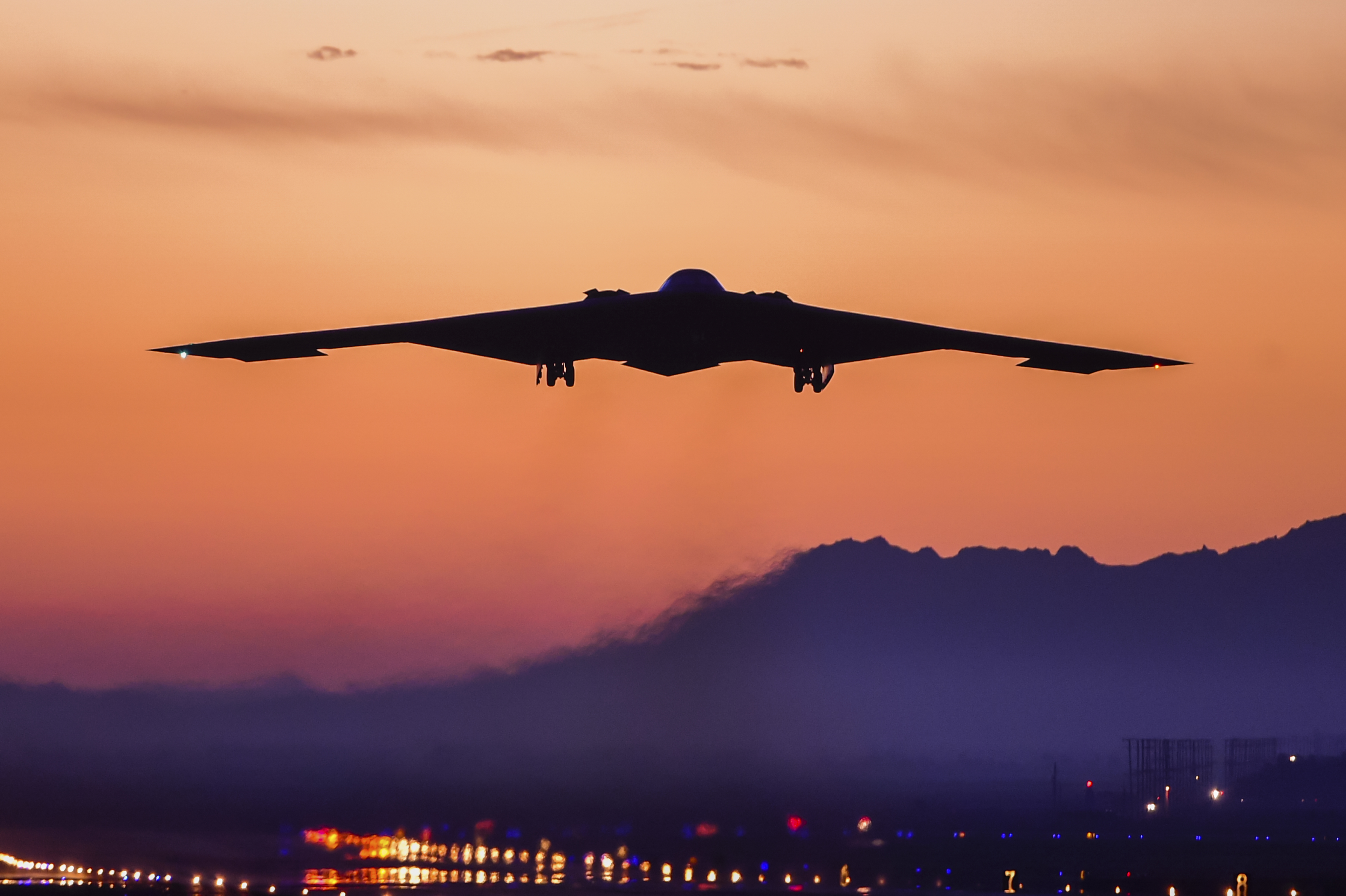 B-2 Spirit of Ohio lifts off from U.S. Air Force Plant 42 for one of its final pre-delivery flight tests.
Photo courtesy of Northrop Grumman