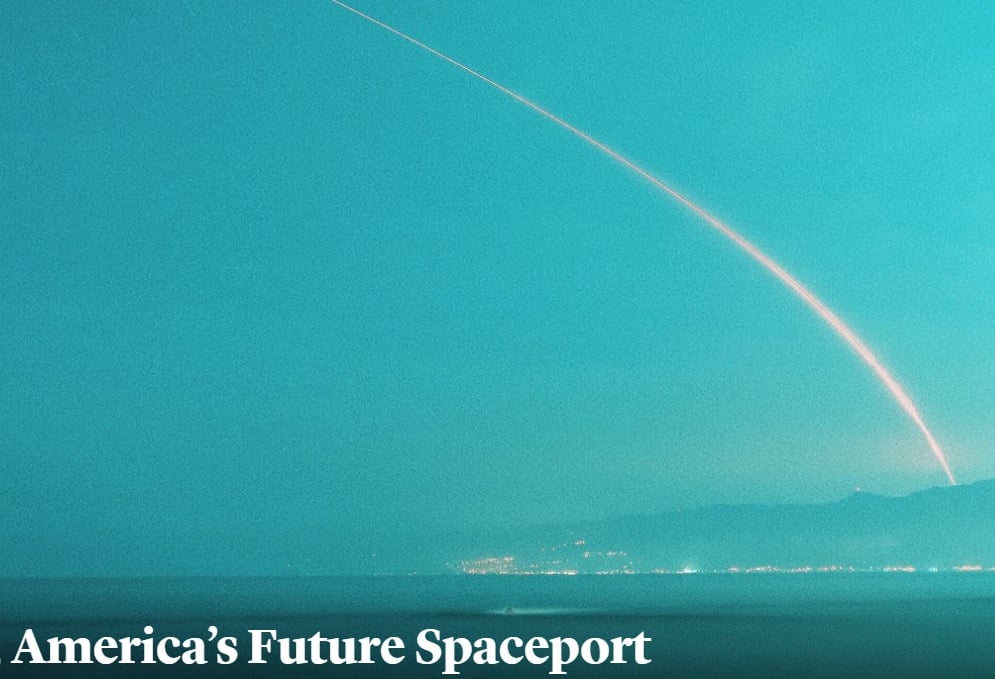 A new crop of aerospace firms is taking root.

The Atlantic profiled the surging LA County aerospace industry cluster in an article.  Read the article below, or at the website of The Atlantic HERE.

Los angeles is an open-air museum of aerospace history. It is a city of abandoned missile-defense facilities and stealth-jet assembly plants, of erased airfields and repurposed hangars, flagships of another era standing dormant but unnoticed in plain sight. First lost to the secrecy of war, then overlooked as mundane industry, this earlier version of the metropolis is stirring once again, as private space investment promises to turn Southern California into the nation’s spaceport. Los Angeles, city of terrestrial stars, is becoming a gateway to celestial stars anew.

“Southern California as we know it would not exist without aerospace,” the historian Peter Westwick has written. The industry transformed the region, in his words, “from a collection of agricultural groves to a sprawling high-tech nexus on the Pacific Rim,” one whose military and financial power spanned the entire 20th century. There is no single reason why this “aerospace century” came to an end in Southern California, although the end of the Space Race and, later, the Cold War’s rapid thaw decreased the industry’s national urgency. Aircraft like the SR-71 were mothballed and replaced. Spy satellite imagery was declassified and put to use in other arenas, seeding the ground for today’s private satellite-mapping renaissance. Some firms packed up entirely, others were swallowed whole by corporate mergers, and the rest moved east, back into the powerful financial and political orbit of Washington, D.C.

But aerospace in Los Angeles never completely disappeared. Like fossils hidden in the sand, this previous, sky-bound version of L.A. may be hard to spot, but even its most well-disguised traces are still detectable. In the neighborhoods near LAX, streets bear names such as Jack Northrop Avenue and Rocket Road. At the corner of Wilshire and Fairfax, across from where the Los Angeles County Museum of Art now stands, Cecil B. DeMille ran an airport among the surrounding oil wells. In Playa Vista, a dense neighborhood of new-urbanist condominiums has popped up on land once owned by the eccentric aerospace innovator Howard Hughes. There, Hughes’s design teams built experimental aircraft, including the Spruce Goose, in surroundings now more idyllic than military-industrial. The titanic hangar in which Hughes’s wooden superplane was assembled is now surrounded by pedestrian paths and leased by Google. Across the street, another Hughes hangar still stands, converted into a YouTube production studio. These airfields and hangars, filled with the ghosts of spy planes past, slumbered as L.A.’s celebrity associations took center stage.

The city’s hidden history is now waking up. A new crop of aerospace firms is taking root, often in the same buildings as those earlier corporations. They are launching an era of personal satellites, non-state space exploration, and—someday—a private, crewed mission to Mars. Elon Musk’s SpaceX, based in Northrop Grumman’s former factory in Hawthorne, is only the most widely known example of a multibillion-dollar industry rapidly coalescing here, from the Mojave Air and Space Port in the desert north of Los Angeles to the coastal launch pads at Vandenberg Air Force Base, even to the streets and offices near LAX.

The sector’s newfound appeal is such that, at the end of April 2018, Jeff Bezos remarked that he could see no other way to spend his Amazon fortune than on private space travel. It was leaving the Earth or bust (or leaving the Earth to gobust, as his critics quickly retorted, rather than, say, raising wages for his own employees). Bezos’s space firm, Blue Origin, is based outside Seattle, not in Southern California, but the broader private space industry is seeing huge windfalls in expenditure from celestial sugar daddies such as Bezos, Richard Branson, and Elon Musk, to name only a few, not to mention lucrative contracts and awards from government agencies like darpa and nasa.

North of Los Angeles, just 90 miles into the desert on the other side of the San Andreas Fault, lies the Mojave Air and Space Port. An industrial village of low-slung warehouses and cinder-block workshops, the facility has a peculiar double life: It is both the first facility in the United States to be licensed for horizontal launches of reusable space-capable aircraft, and it is a boneyard for abandoned jets. Aerospace ruins line the northeastern edge of the site in various states of disassembly. The Space Port is also home to a handful of private space companies, including rarefied firms such as Richard Branson’s Virgin Galactic (pending its future move to the firm’s Norman Foster-designed New Mexico headquarters), along with the Spaceship Company, Masten Space Systems, and Scaled Composites.