By Lawren MarkleOctober 18, 2017 No Comments

Bill Allen, Chief Executive Officer of the Los Angeles County Economic Development Corporation (LAEDC), a public-benefit corporation whose mission is to advance opportunity and prosperity for all, released the following statement regarding the Los Angeles Metropolitan Region’s response to Amazon’s request for proposals for its second corporate headquarters:

The LAEDC has submitted the Los Angeles Metropolitan Region’s official proposal to Amazon in response to its Request for Proposals (RFP) to locate its second corporate headquarters (HQ2).

The LA Metropolitan Region’s proposal contains nine separate and distinct sites located throughout Los Angeles County, each of which meets the specific requirements listed in the Amazon RFP. Though the specific sites are not being disclosed by the LAEDC for competitive reasons, they afford Amazon a strong set of options (including existing collections of buildings, in-fill development opportunities and greenfield sites) to choose amongst, while still being able to meet Amazon’s timeline and development plans.

In addition, the proposal highlights the LA Metropolitan Region’s strong advantages in terms of each of the key preferences and decision drivers disclosed by Amazon in its RFP, including talent pool and education pipeline, logistics and infrastructure, costs and incentives, transit connectivity and global connectedness, and cultural fit and quality of life.

The LAEDC had the full cooperation of California Governor Jerry Brown, the Los Angeles County Board of Supervisors, City of Los Angeles Mayor Eric Garcetti and his staff and the mayors and city managers of each city in the region with a site meeting or exceeding Amazon’s requirements, as well as an extraordinary array of higher education institutions, private sector leaders, government agencies and utilities necessary to address each of the RFP’s requirements.

The LAEDC notes the selfless spirit of collaboration amongst all stakeholders involved in the process who worked together to produce a highly competitive proposal on behalf of the LA region. Governor Brown, the LA County Board of Supervisors, Mayor Garcetti and all of the mayors of cities with sites in the proposal showed tremendous leadership, focus and competitive spirit in creating what we wholeheartedly believe is a winning proposal. 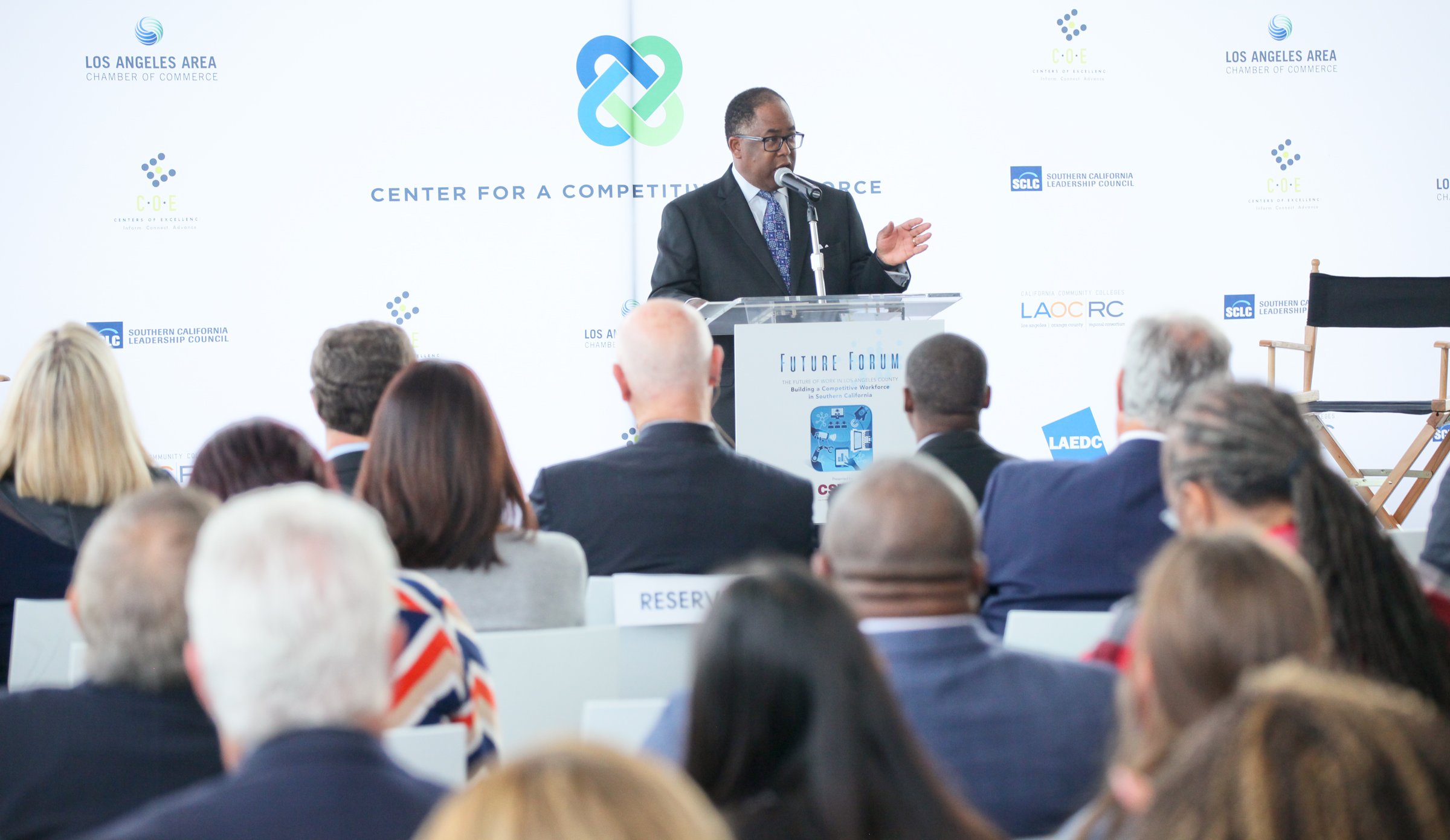