Hit enter to search or ESC to close
Front PageInnovate.LATechnology

By Mariah AdedejiNovember 3, 2016 No Comments 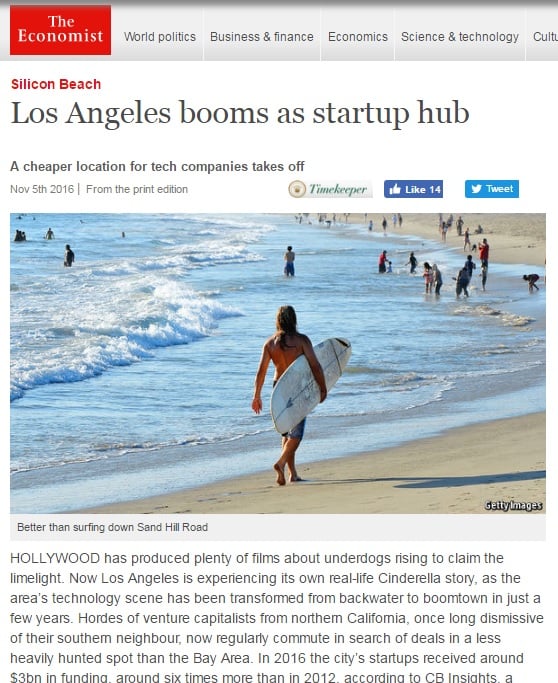 The internationally respected news magazine The Economist wrote about the prolific growth of LA’s high tech sector, in the article below.

Read the article HERE at The Economist.

HOLLYWOOD has produced plenty of films about underdogs rising to claim the limelight. Now Los Angeles is experiencing its own real-life Cinderella story, as the area’s technology scene has been transformed from backwater to boomtown in just a few years. Hordes of venture capitalists from northern California, once long dismissive of their southern neighbour, now regularly commute in search of deals in a less heavily hunted spot than the Bay Area. In 2016 the city’s startups received around $3bn in funding, around six times more than in 2012, according to CB Insights, a research firm.

Evan Spiegel went to Stanford University in the heart of Silicon Valley, but he wanted to live and work close to the sea. So he based his new company one block from the Pacific in Venice Beach, which is better known in Los Angeles for its silicone-enhanced bodies than the silicon chips that gave the Valley its name. Mr Spiegel’s firm, Snap, is best known for its ephemeral Snapchat social-media messages and is now valued at a whopping $18bn. Other successful technology firms are thriving nearby, including Dollar Shave Club, an e-commerce firm recently sold to Unilever for $1bn; Ring, a “smart” doorbell company, and Riot Games, maker of “League of Legends”, a popular online multiplayer contest.

Los Angeles is now the third-most-prominent outpost for startups in America, after San Francisco and New York. It has several advantages, including good universities, warm weather, a relaxed culture, proximity to San Francisco and much lower costs. Michael Schneider, the boss of Service, a customer-relations startup, reckons he would need to have raised at least 40% more money if based in San Francisco, “just to pay for the same space and people”.

Although Los Angeles has fewer experienced engineers, those that are there tend to be more loyal, not least because there are fewer firms out to poach them. Startups can convince people to move. Ophir Tanz of GumGum, an advertising startup, says he has recruited several employees looking for a more balanced life away from cities like New York and San Francisco.

Los Angeles may at last be getting the attention it deserves. “The original monetisation of the internet was created here, not Silicon Valley,” says Mark Suster, a venture capitalist with Upfront Ventures, referring to pioneers such as Applied Semantics, bought by Google. But for Los Angeles to establish itself as an enduring place for startups, it needs Snapchat to continue to thrive and go public, which could happen as soon as next year. 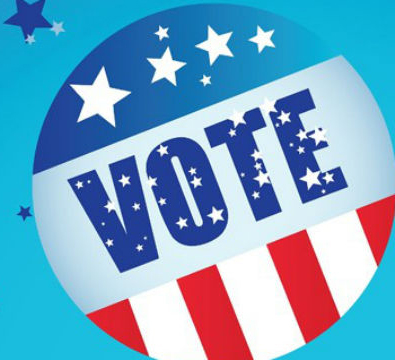