Will I need a passport to enter Scotland?

As former President and Chairman of the British American Business Council, the largest transatlantic business association, and as a person who has lived and worked in the UK, France, Brazil and the USA I consider myself an internationalist. Consequently I never imagined that the UK would vote out from the EU after 40 years of European stability.

I have just spent three weeks in the UK and returned home just before the referendum. I spent a gripping 5 hours into the small hours of the morning today watching CNN as the surprise unfolded.

During my time in the UK a good part was spent in Cornwall in the South West of England, largely an agricultural community and a promised recipient of 600 million euros from the EU. I asked the question that if the UK left the EU did the locals think that the new government in Westminster would be quickly forthcoming with the same level of support for economic development! Nobody said yes. But they said yes for out.

I dined with two judges, one criminal and one civil, and asked whether the regulations from the EU had ever made a difference in their decisions in court. Both said no. I then asked whether they had to fill in additional extensive documentation to satisfy EU regulations. The criminal judge said no. The civil judge indicated she was required to fill out a form on human rights. I asked whether the human rights principles would have been any different if the UK was out of the EU. She replied no. The campaign for leave seemed to me to be very light on facts but rather high on rhetoric. So I returned to LA confident that the unknown would prevail and the vote would be to remain. I was as wrong as the polls-yet again.

This morning I listened to EU nationals living in the UK for years saying they felt they are no longer accepted in the country. They are extremely unsettled already and some feeling like immigrants, not EU citizens. Likewise Brits living in the EU are uncertain of their future status. And the map of results displays a very divided country with London firmly for remaining in while the heartland, the North and Wales voting for leave. Interesting issues for the next election and the political parties. Mind you I can remember 50 years ago that there was never any love for London outside of it.

And then there is Scotland where they feel disenchanted since they had only two years ago in a referendum decided to remain in the UK on the guarantee that the UK was to stay in the EU. They are already talking of a new referendum to join the EU on the basis of the England leaving. I wonder if I as a British passport holder I will need it to enter Scotland down the road. And can you imagine the unofficial trade in whisky if there are tariffs imposed!

These newly created economic, social and trade uncertainties in the UK and the EU will likely take years to unravel with no doubt some rocky moments. However, I share with you the cool heads approach adopted by the BABC in their press release today.

“The British people have spoken. The vote for Britain to leave the European Union opens a new phase of uncertainty with new complexities and unknowns. Many businesses will now be concerned as to how the vote will impact their activities and ambitions in the UK, particularly in regards to access to the Single Market and Freedom of Movement. But the world as we know it has not ended, contracts will continue to be performed and the rule of law applies, allowing the vast majority of business operations to continue as planned.

The strength of the UK-US economic relationship over the long term and the many aspects of the UK’s attractiveness for foreign investors all have proven that the UK can provide a business-friendly environment that serves businesses, investors and people in the UK. In any scenario the transatlantic economy will continue to be a source for opportunity.

In March 2016, we surveyed our members with 95% in favour of the UK remaining in the EU. Their preference was clear. They expressed the way to make the EU work best for business is to access the Single Market and to have the UK at the top table driving the agenda for an even more business friendly environment.”

Jeremy Davies is senior advisor at the Los Angeles-based sustainability conference VerdeXchange, which is an LAEDC member, and Davies has for years been an active supporter of LAEDC, including through his work with British American Business Council. 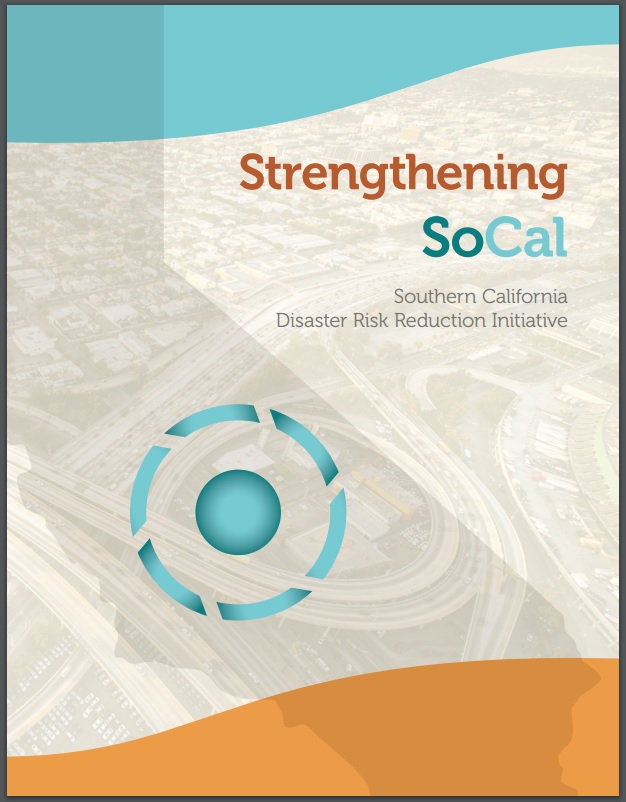 Earthquake resilience is essential for our economy

Earthquake resilience is essential for our economy