Hit enter to search or ESC to close
Innovation Events

By Mariah AdedejiFebruary 10, 2016 No Comments 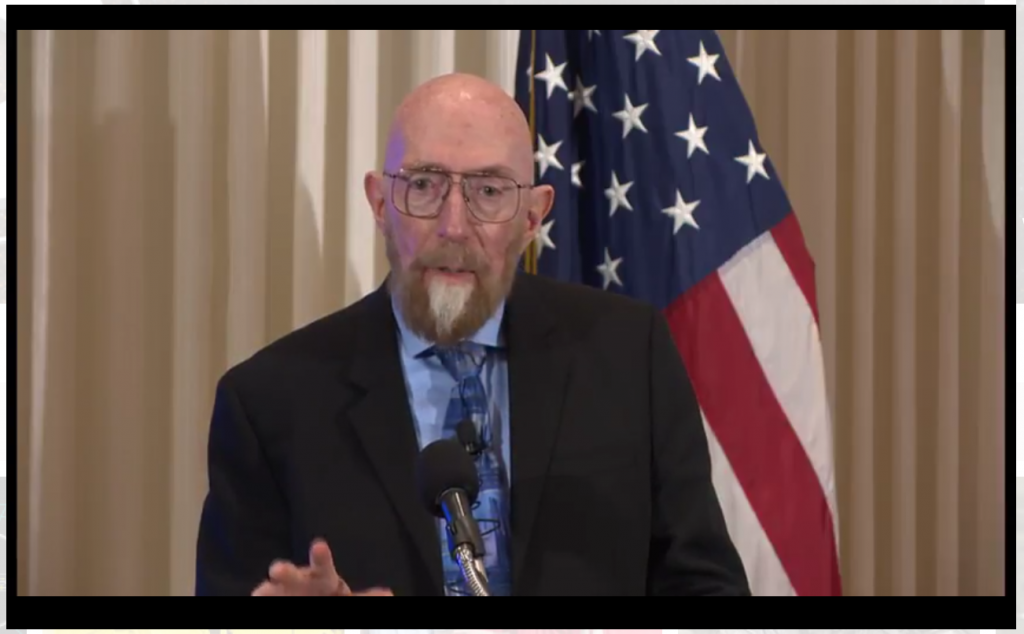 Kip Thorne, Professor of Theoretical Physics at Caltech (Pasadena, CA), describes the violent collision of two black holes that was measured by LIGO, which he cofounded.  Date: 2/11/16

Caltech, based in Pasadena (L.A. County) has announced the discovery of gravitational waves, a phenomenon predicted by Albert Einstein in 1915, as part of his Theory of Relativity.  The distortion in space and time that was measured confirms the Theory, and scientists believe that by observing this signal we have directly observed the collision of two black holes which occurred many years in the past.

Caltech operates the two LIGO gravitational wave observatories on Earth.  Cofounded in 1992 by Kip Thorne and Ronald Drever of Caltech and Rainer Weiss of MIT, LIGO is a joint project between scientists at Caltech, MIT, and many other colleges and universities. Scientists involved in the project and the analysis of the data for gravitational-wave astronomy are organized by the LIGO Scientific Collaboration which includes more than 900 scientists worldwide.