Hit enter to search or ESC to close
AerospaceFront PageManufacturing

By Mariah AdedejiOctober 27, 2015 No Comments

Today, the Secretary of the U.S. Air Force announced that the new U.S. Air Force Long Range Bomber Contract has been awarded to Northrop Grumman, which may locate a significant amount of the project in L.A. County, creating thousands of jobs in L.A. County, especially when considering related jobs at suppliers, and indirect or induced jobs in the region.

If this project develops as hoped, it is great news for the L.A. County economy and an endorsement of the Southern California region’s unmatched aerospace workforce.  LAEDC would like to thank County of Los Angeles, State of California and City of Palmdale, all of which enacted tax incentives to help attract these jobs to the region.  LAEDC was pleased to play a part in supporting the State of California legislation AB2389 that created a stronger incentive to attract this investment.  Additionally, LAEDC supported SB718, a bill that passed and provides incentives to support this aircraft program investment in California.

Click below to listen to LAEDC’s Robert Kleinhenz discuss the L.A. County aerospace industry and possible economic impact of the aircraft program on KCRW radio’s “Which Way LA?“ 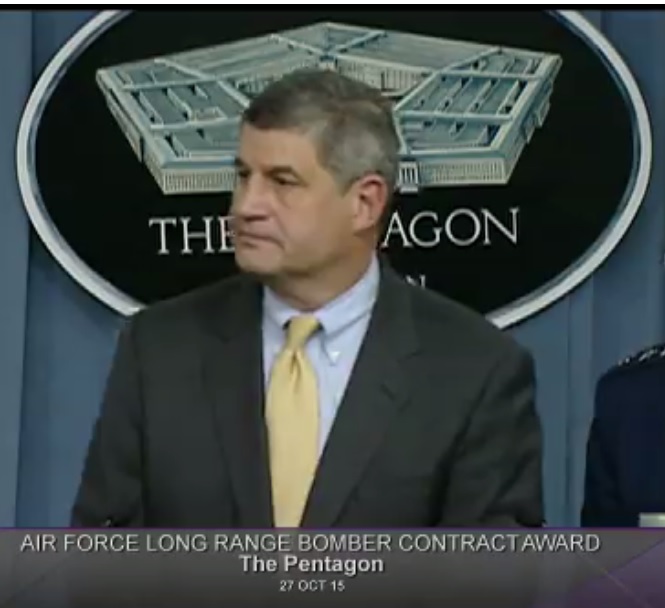 LAEDC CEO Bill Allen said, “This is a tremendous win for Northrop Grumman.  The City of Palmdale, the County of Los Angeles and the State of California all stand to benefit greatly.  It is also a testament to the unparalleled quality and productivity of the aerospace workforce in L.A. County and our region’s ability to compete successfully to attract thousands of well paying jobs for our residents for many years to come.”

LAEDC’s Chief Operating Officer David Flaks said, “With the LA region’s deep reservoir of skilled talent, expansive ecosystem of aerospace supplier firms, unmatched trade infrastructure, and peerless capacity to create, design, build and export aerospace related technologies and products, LA remains uniquely positioned versus the rest of the nation to serve existing firms and attract future aerospace projects, such as the LRS-B aircraft, and other related programs, whether in defense, commercial space flight, unmanned aerial systems or cybersecurity.  Through its SoCal jobs Defense Council, the LAEDC, along with a broad coalition of public, private, nonprofit and labor stakeholders, was instrumental in successfully advancing the state tax credit legislation for advanced strategic aircraft programs that will help keep this program here.”

LAEDC chief economist Robert Kleinhenz noted, “L.A. County continues to be a center for the aerospace industry. In an area such as Southern California we have the entire web of aerospace activity, from design and engineering all the way to production. I think there will be a strong ripple effect through the economy if this project lands here.”  “Aerospace, including navigation instruments accounted for about 63,000 jobs in LA county in 2014. The nation as a whole had 610,400 jobs in these two industries in 2014, so LA County had about 10% of the nation’s employment in this sector.”

Northrop Grumman is a member of the LAEDC, and its membership helps support the LAEDC’s non-profit, public benefit mission, which is focused on jobs creation to promote higher standards of living for residents of the L.A. County region.  Northrop Grumman also participates in LAEDC’s SoCal Jobs Defense Council, which has 500 members dedicated to fostering jobs growth in the aerospace and defense industries in the region.

What follows is the Air Force press release:

“The LRS-B is critical to national defense and is a top priority for the Air Force,” said Secretary of the Air Force Deborah Lee James. “We face a complex security environment. It’s imperative our Air Force invests in the right people, technology, capability and training to defend the nation and its interests – at an affordable cost.”

The future threat will evolve through the introduction of advanced air defense systems and development of more capable surface to air missile systems. The LRS-B is designed to replace the Air Force’s aging fleets of bombers – ranging in age from 50+ years for the B-52 to 17+ years for the B-2 – with a long range, highly survivable bomber capable of penetrating and operating in tomorrow’s anti-access, area denial environment. The LRS-B provides the strategic agility to launch from the United States and strike any target, any time around the globe.

“The LRS-B will provide our nation tremendous flexibility as a dual-capable bomber and the strategic agility to respond and adapt faster than our potential adversaries,” said Chief of Staff of the Air Force Gen. Mark A. Welsh III. “We have committed to the American people to provide security in the skies, balanced by our responsibility to affordably use taxpayer dollars in doing so. This program delivers both while ensuring we are poised to face emerging threats in an uncertain future.”

The Long Range Strike Bomber contract is composed of two parts. The contract for the Engineering and Manufacturing Development, or EMD, phase is a cost-reimbursable type contract with cost and performance incentives. The incentives minimize the contractor’s profit if they do not control cost and schedule appropriately. The independent estimate for the EMD phase is $21.4 billion in 2010 dollars.

The second part of the contract is composed of options for the first 5 production lots, comprising 21 aircraft out of the total fleet of 100. They are fixed price options with incentives for cost. Based on approved requirements, the Average Procurement Unit Cost (APUC) per aircraft is required to be equal to or less than $550 million per aircraft in 2010 dollars when procuring 100 LRS-B aircraft. The APUC from the independent estimate supporting today’s award is $511 million per aircraft, again in 2010 dollars.

Based on current LRS-B independent cost estimates, the Air Force projects the APUC for the program will be approximately a third of the previous B-2 stealth aircraft.

“We believe this is a reasonable and achievable estimate. If we remain disciplined and keep program requirements stable, we should beat this estimate,” said Dr. William A. LaPlante, the assistant secretary of the Air Force for Acquisition.

The Air Force program office conducted design efforts with industry over the last three years to ensure requirements for the aircraft were stable and allowed for the use of mature systems and existing technology while still providing desired capability.

With that said, agile acquisition processes have been built into the LRS-B development and production efforts to ensure the Air Force delivers system capabilities for the best value. The program also effectively incentivizes industry to achieve cost, schedule and performance goals.

“The program acquisition strategy has carefully integrated lessons learned from previous programs and considered all elements of life cycle costs in its design for affordability,” LaPlante added. “We are primed to deliver this capability in the most affordable, efficient way possible.”

Basing decisions and future program milestones for the aircraft will take place over the next several years.