By Mariah AdedejiOctober 6, 2015 No Comments 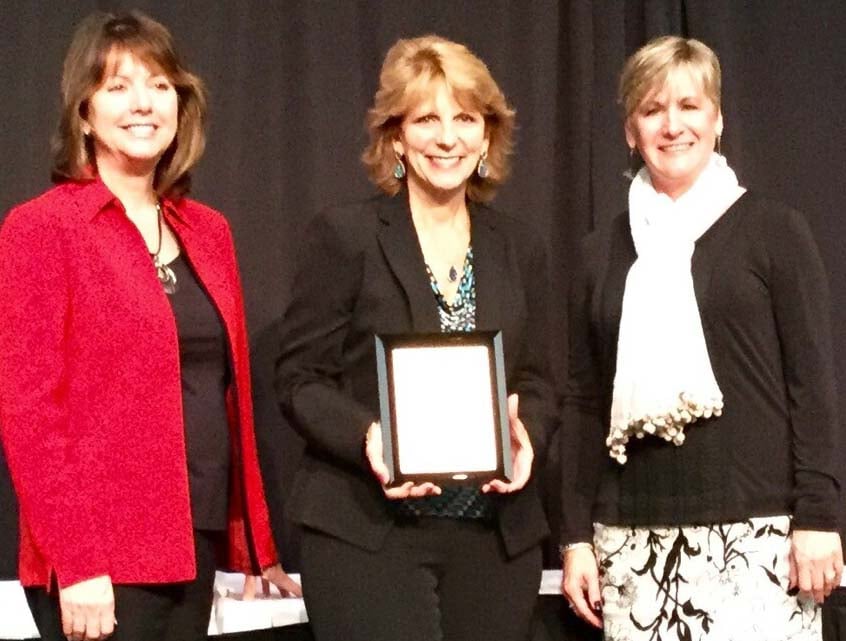 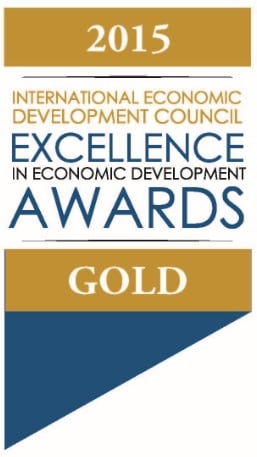 On Tuesday, October 6, 2015, LAEDC programs and staff were recognized by the International Economic Development Council with two gold awards for programs and work this past year.  The IEDC honored the LAEDC Business Assistance Program, which reached the milestone of 200,000 jobs retained and created in LA County.  In addition the IEDC honored LAEDC’s Most Business-Friendly City Awards program, awards which are presented each year at the Eddy Awards to showcase and foster municipal practices that help businesses locate, succeed and hire in LA County.

The honors were presented at an awards ceremony on Monday, October 5, during the 2015 IEDC Annual Conference, which was held October 4-7, in Anchorage, Alaska. 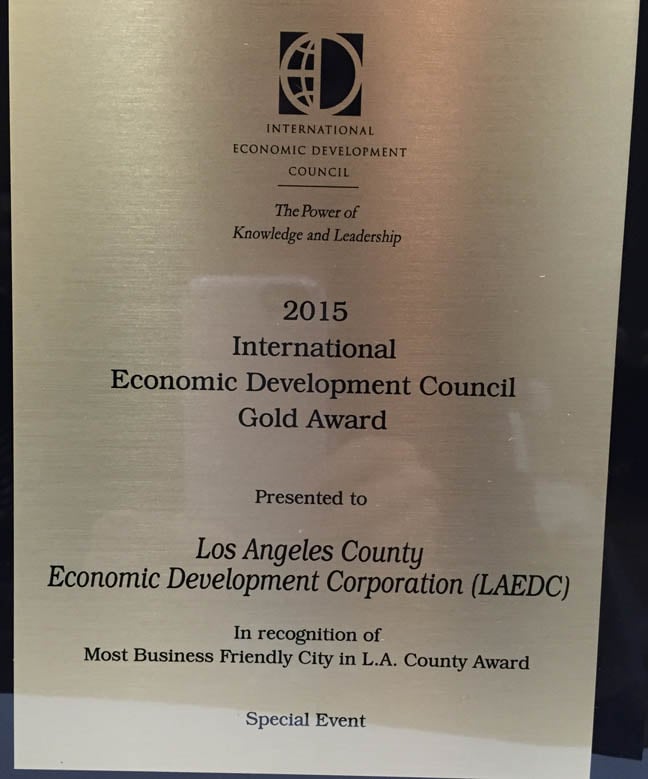 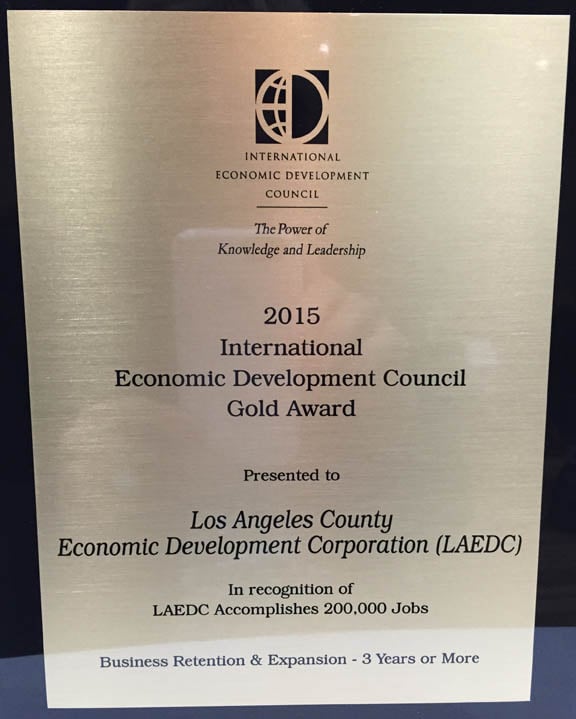 “From localized community projects, to large scale endeavors, economic development efforts have played a vital role in the global economy,” said JoAnn Crary, CEcD, Chair of the International Economic Development Council and President of Saginaw Future Inc. “As we address new and longstanding challenges, these efforts continue to take on even greater importance. These two awards serves as a salute to pacesetting organizations like the Los Angeles County Economic Development Corporation (LAEDC) for leading the charge.”

To promote and foment business friendly practices across the County, LAEDC created the Most Business Friendly City in L.A. County (MBFC) Award in 2006. Through this competition L.A. County’s 88 cities describe their proactive initiatives and approaches to create and sustain a business friendly environment, key to job creation, investment and thriving businesses.  In 2008, the MBFC Award was expanded to include small and large city categories, creating a lively competition between L.A. County cities seeking this prestigious award. Small and large city finalists and winners are determined by a Blue Ribbon Panel of Judges of statewide experts in 16 categories demonstrating a strong commitment to economic development.  As California’s only business friendly city award, the MBFC recognizes cities that established economic development as a top priority, are committed to providing high quality services at reasonable costs and deliver services beyond expectation.  The MBFC Award is given at LAEDC’s Annual Eddy Awards which celebrate individuals, organizations, cities and educational institutions demonstrating exceptional contributions to positive economic development in the region.  The MBFC Award is replicable for regions committed to economic development excellence and dedicated to improving the business environment in their communities.

LAEDC’s second Gold Excellence in Economic Development Award for its 2015 projects was in the category of Business Retention & Expansion. Bill Allen, president of LAEDC said, “Creating and retaining good quality jobs for LA County residents is central to LAEDC’s mission, and we are motivated by the difference we make in the lives of the people that hold these jobs and the impact those jobs have on the families and communities of the Los Angeles region.”  LAEDC’s Business Assistance Program was created in 1995 to alleviate the damaging effects joblessness has on the wellness of LA County’s communities.  The BAP Team works one-on-one with company executives confidentially to assess strengths, weaknesses, opportunities and threats to develop and implement a customized action plan of business solutions for each client.  After 19 years, LAEDC’s BAP Team achieved this significant milestone: attracting, retaining and expanding 200,030 direct jobs in LA County. The overall economic impact/fiscal is staggering:

Total value of output supported by all jobs: $91.2 billion

Recipients of IEDC’s Excellence in Economic Development Awards demonstrate to an experienced panel of judges that they are at the forefront of the economic development profession. They are recognized as the world’s best economic development programs and partnerships, marketing materials, and the year’s most influential leaders. These awards honor organizations and individuals for their efforts in creating positive change in urban, suburban, and rural communities.

About the International Economic Development Council

The International Economic Development Council (IEDC) is a non-profit membership organization serving economic developers. With more than 4,600 members, IEDC is the largest organization of its kind. Economic developers promote economic well-being and quality of life for their communities, by creating, retaining and expanding jobs that facilitate growth, enhance wealth and provide a stable tax base.  From public to private, rural to urban, and local to international, IEDC’s members are engaged in the full range of economic development experience. Given the breadth of economic development work, our members are employed in a wide variety of settings including local, state, provincial and federal governments, public private partnerships, chambers of commerce, universities and a variety of other institutions. When we succeed, our members create high-quality jobs, develop vibrant communities, and improve the quality of life in their regions. www.iedconline.org.

With a Little Help: LA Innovation Week Kicks Off at El Segundo

With a Little Help: LA Innovation Week Kicks Off at El Segundo