By Mariah AdedejiJune 9, 2015 No Comments

First round of projects includes four TV series relocating to California from other states. 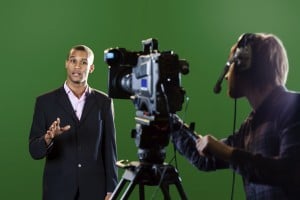 The program was expanded in 2014 to retain and attract the jobs associated with entertainment content production here in California.  The industry has significant importance for LA County, as detailed in LAEDC’s jobs report analysis below.

The Film and Television Tax Credit was the subject of LAEDC study commissioned by SCAG prior to the California State Legislature renewing and extending the tax credit in 2014.  The LAEDC is a trusted source for policy analysis to give decision makers better information and options to consider as they enact legislation designed to grow our economy and jobs.  Read the LAEDC/SCAG study HERE.   Film & Television is one of the key “export-oriented” industries that acts as an economic engine for LA County and its jobs include a significant percentage of good-paying, skilled jobs that support families in our region.  The industry is considered “export-oriented” because the market for its products is international, bringing wealth back into LA County, increasing prosperity for the region.

The following analysis of the jobs associated with the LA County Film & Television industry is provided by LAEDC’s Kyser Center, based on data from the California EDD.  Watch for more LAEDC  analysis of the broader industry cluster in the future.

NOTE: Employment is not seasonally adjusted (NSA) unless otherwise indicated.

The Motion Picture and Sound Recording sector as well as Radio, Television, and Cable are parts of the major industry, Information.

Employment for related industry sectors was also contained in the report. As indicated in the accompanying table, Los Angeles County employment in Radio and Television Broadcasting rose slightly over the year, while Cable and Other Subscription Programming employment was unchanged from the prior month and fell compared to a year ago.

The employment numbers for the MP and Sound Industry are captured in NAICS code 512000. The following sub-sectors are included within that industry code as sub-sectors:

Update on the LA County Strategic Plan for Economic Development

Update on the LA County Strategic Plan for Economic Development