April 15 UPDATE:  Hearing of the Joint Committee on the Arts – “The Arts and Creative Industries: An Updated Assessment of California’s Creative Economy” was held in Sacramento, CA.

The Otis Report on the Creative Economy is an annual report that summarizes the critically important economic engine of creative industries, both in LA County and in California as a whole.  The report is generously sponsored by Otis College, and the research and analysis is conducted by LAEDC’s Kyser Center for Economic Research.  The 2014 versions of Otis Report, for Los Angeles County and California are now released and available, and provide an important resource to understand the important role of the Creative Economy in our region.

Dr. Robert A. Kleinhenz, Chief Economist for Kyser Center for Economic Research, provided testimony on California version of the Otis Report for the Creative Economy in Sacramento, CA.

Read coverage of the LA County version of the Otis Report in the LANG Newspapers, including LA Daily News and LA Times 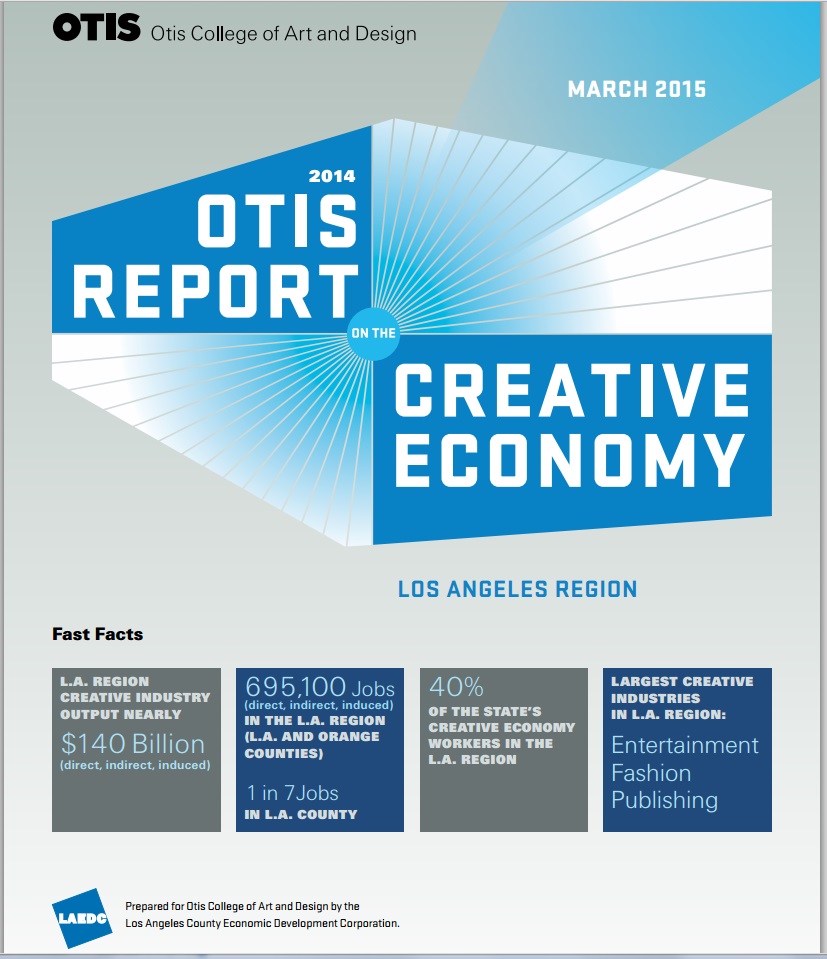