By Mariah AdedejiNovember 13, 2014 No Comments

UPDATE 3/31/15:  L.A. County Board of Supervisors recognized Glendale and Glendora this week for their Eddy Award “Most Business Friendly Cities in LA County”  Congratulations again to both Cities, their Mayors and staff!

On March 31, 2015, electeds and staff from City of Glendale and City of Glendora are presented with honorary scrolls by Michael D. Antonovich, Mayor of the L.A. County Board of Supervisors. LAEDC staff including president Bill Allen were on-hand to talk about the value of cities promoting a business-friendly stance to generate increased economic activity and job growth. 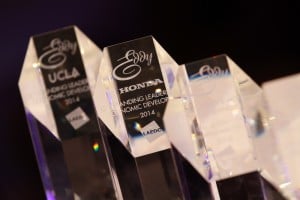 “This year’s Most Business Friendly Cities, Glendale and Glendora, understand that communities and families thrive when good jobs are created, and job creation depends on business-friendly practices,” said Bill Allen, LAEDC president and CEO. “The City of Glendale believes that every department and every employee is in the economic development business, and through this culture the City has fostered a low cost of doing business and  excellent customer service, a 24-hour callback policy, streamlined permitting, and  satisfaction surveys to ensure businesses agree that their needs are being met.”

“Not to be outdone, the City of Glendora also keeps costs low for businesses, cuts red tape, and its successful business assistance program rewards startups and existing businesses for job creation, while the City’s economic development staff visits hundreds of businesses to help them access city programs and workshops and inform them of available space to grow.”

The winners were selected based on the following criteria:

More details on the best practices of these cities can be found at http://laedc.org/eddy-awards

City of Glendora, 2014 Eddy Award winner in the population under 65,000 category: 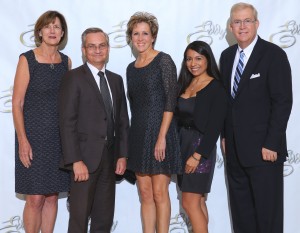 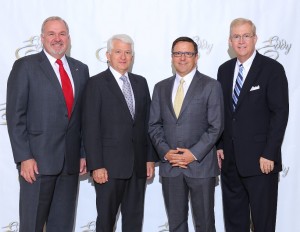 American Honda Motor company (Honda) has been an engine of economic growth for LA County for more than 50 years, having established its first overseas subsidiary with eight employees out of a small storefront on Pico Boulevard in Los Angeles in 1959.  Today, it employs more nearly 40,000 associates across North America. Based on a longstanding commitment to “build products close to the customer,” Honda operates 16 major manufacturing facilities in North America producing Honda and Acura automobiles, engines and transmissions, all-terrain vehicles, power equipment products and the HondaJet advanced light jet.

Los Angeles also functions as a critical center of learning and innovation for the company’s advanced alternative-fuel vehicle technology programs. Honda was the first company to lease both electric vehicles and fuel cell vehicles to the City of Los Angeles – in 1997 and 2002, respectively – and the first to place fuel cell vehicles in the driveways of regular California consumers, beginning in 2005.

Thousands of Angelenos and their families have benefited from good jobs at Honda, and the Eddy Awards salute Honda for its job creation and the investments Honda continues to make in LA County which help our regional economy grow and prosper.

The University of California Los Angeles (UCLA) is known around the world for academics, research and service.  UCLA is one of the five largest employers in Southern California, providing full- and part-time employment for 42,000 people. UCLA’s economic impact, including employee compensation, operating expenditures, and the ripple effect of that output — for example, factoring in employees’ spending and the impact on companies that supply goods and services to the campus —is $12.7 billion, and supports an additional 53,000 jobs in Southern California. 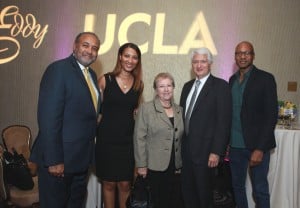 UCLA stimulates the regional and state economy through the licensing of technology developed by its researchers and by serving as an incubator for startup companies. UCLA has 668 active patents and, through startup companies begun at UCLA, accounted for 4,411 jobs and an additional $1.1 billion in economic output.  With four world-class hospitals and 150 clinics, UCLA serves roughly 1.5 million patients in the greater Los Angeles area every year.  UCLA not only makes a direct contribution to the economy through the spending and jobs supported by its academic, administration, research, and health care activities, but also generates significant indirect economic impact.

UCLA’s can-do spirit has resulted in 13 Nobel Prizes, 12 faculty MacArthur Fellows, more NCAA titles than any university and more Olympic medals than most nations. The faculty and alumni helped create the Internet, pioneered reverse osmosis desalination, and revolutionized stroke treatment. UCLA is the most economically diverse top-ranked university in the nation and has educated hundreds of thousands of young people who have helped make Los Angeles County a nation-sized economy of more than $580 billion output in 2013.  LAEDC is pleased to honor UCLA as the 2014 Eddy Award winner for outstanding leadership by an educational institution, in recognition of its amazing contribution to a thriving Los Angeles County economy.

Anthony N. Pritzker is Managing Partner of Pritzker Group, whose Los Angeles office adds strength to our local economy.  Among its businesses,  Pritzker Group has a private equity and a venture capital fund, and in the past two years has provided venture capital to nearly a dozen Southern California startups, which contributes to the growing strength of our regional innovation economy.

The Los Angeles region benefits from Tony Pritzker’s generosity on many levels; last year the Anthony & Jeanne Pritzker Family Foundation donated $20 million to UCLA with a $15 million gift targeted to UCLA Institute of the Environment and Sustainability which empowers Los Angeles to become a global leader in areas of urban sustainability.  Tony’s service on the boards of Los Angeles County Museum of Art, Hammer Museum, Phoenix House and Foster Care Counts reveals his deep connection with art, culture and community. Tony is a former Board President and still serves on the Board of Governors for Heal the Bay. Tony participates on Los Angeles Mayor Eric Garcetti’s Council on Innovation and Technology, but his role as Co-Chairman of UCLA’s Centennial Campaign with the goal to raise $4.2 billion is an excellent example of his commitment and passion for education.

As an Angeleno, Tony Pritzker’s vision of a vibrant and strong Los Angeles inspires action and he reminds us that our progress can address global challenges.  LAEDC is honored to celebrate the many ways that his leadership and actions are driving positive change. 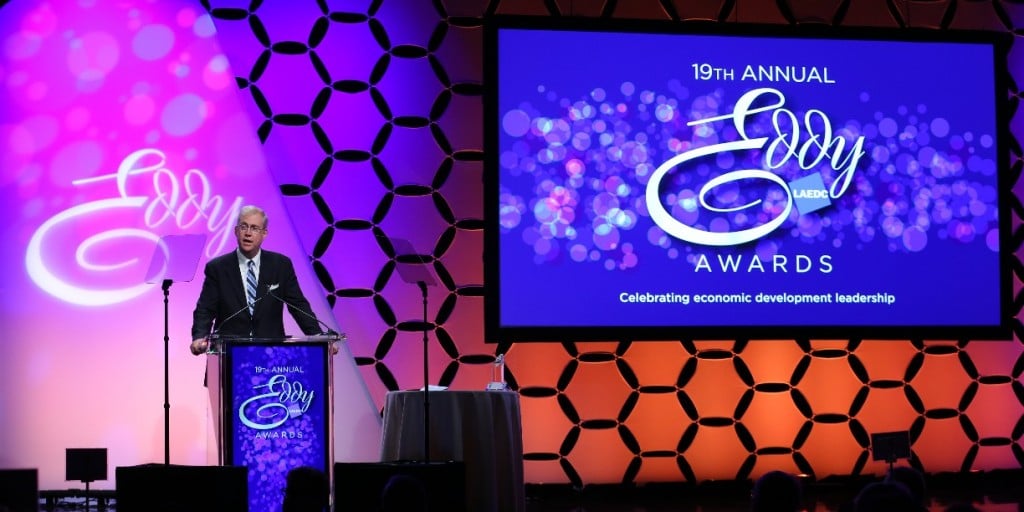 About the Eddy Awards      www.laedc.org/eddy 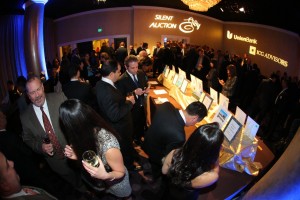 The Eddy Awards celebrate public and private leadership in LA County economic development, with the Most Business-Friendly City Award, and recognition of honorees that demonstrate exceptional contributions to positive economic development in the region. Eddy winners create a thriving LA County.

Established in 1981, the Los Angeles County Economic Development Corporation (LAEDC) provides collaborative, innovative and strategic economic development leadership to promote a globally competitive, prosperous and growing L.A. County economy to improve the health and wellbeing of our residents and communities and enable those residents to meet their basic human need for a job.  We achieve this through objective economic research and analysis, strategic assistance to government and business, and targeted public policy.  Our efforts are guided and supported by the expertise and counsel of our business, government and education members and partners. Since 1996, the LAEDC’s Business Assistance team has helped to retain or attract over 198,000 annual jobs in Los Angeles County.